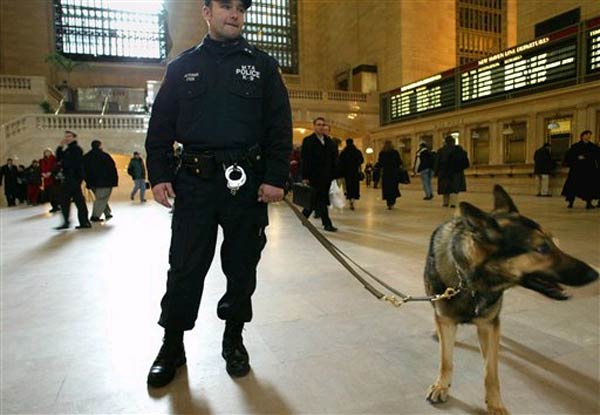 Department of Homeland Security Secretary Michael Chertoff announced New York City will receive $153 million - up from last year's $61 million - in transit security grants. Wow - all we can do is remember Chertoff's 2005 remark, when trying discussing how security funding would be allocated, "The truth of the matter is, a fully loaded airplane with jet fuel, a commercial airliner, has the capacity to kill 3,000 people. A bomb in a subway car may kill 30 people. When you start to think about your priorities, you're going to think about making sure you don't have a catastrophic thing first."

Chertoff appeared at a Grand Central Terminal press conference, with Governor Eliot Spitzer and Police Commissioner Ray Kelly present. Spitzer hailed the decision, "This increase in our view is warranted by the simple reality that the risks we face are greater than those that are faced elsewhere in the nation. That as the hub for virtually all the major transportation systems in the nation, we have additional concerns and additional risks that we have to deal with everyday."

The money will be spit up between the MTA, NJ Transit and Amtrak, with 20% going to the NYPD. And Kelly revealed to the AP the funding enabled a new subway initiative, Operation Torch, to be up and running in three weeks: "You'll see officers with automatic weapons, you will see additional bomb-sniffing dogs funded by this program." Um, yay? And two other interesting facts, from NY1: "The MTA alone moves half of all mass transit riders in the nation" and, post- September 11, Homeland Security has spent $24 billion on aviation security but a little over half a billion on transit security.

Also, this makes us think: We haven't had our bags checked in a subway recently - have you?