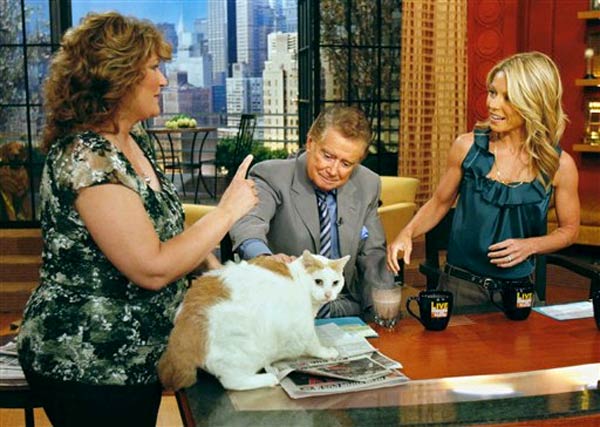 The woman who had to give up her 44-pound cat--who took the country by storm as Princess Chunk when it was thought she was a girl (but actually he's a boy named Powder!)--spoke out, hoping to set the record straight. Powder was found wandering around Voorhees, NJ before the Camden County Animal Shelter took him in, and some have wondered why the cat wasn't sent to the shelter in the first place. 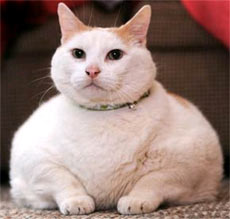 After her home was foreclosed, Donna Olkatner gave up her four pets, including Powder and his twin brother Puff, to friends. Then the friend watching Powder had to go on a trip, so Olkatner claims she arranged for friends to take Powder to the shelter (and denied an animal control officer's claim Olkatner asked a friend say Powder was a stray). She added Powder had a normal diet of Fancy Feast and dry food, "Their metabolism is different from ours," and suspects he has gland issue (Puff, who she plans to keep, weighs 20 pounds!).

The Post reports that the shelter has selected a new family for Powder and will deliver the famous feline to them today. And while the shelter officials have been pleased with Powder's newfound popularity, they seemed more happy that he finally peed yesterday morning before his Good Morning, America appearance. His caretaker/shelter volunteer Deborah Wright told the Daily News, "We all began clapping. He didn't pee at all yesterday. I think he was just so nervous." Well, at least the media tour can end and he can look forward to a new chapter in his life--take care, Powder!