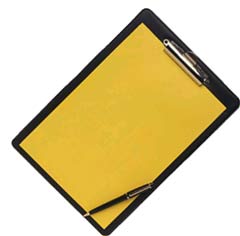 Even though two women accused of looting apartments during open houses were arrested last week, it's unclear whether some real estate agents have taken the crimes seriously enough to make sure their home showings are less crime-prone. The Post sent a reporter to some open houses, only to find it all too easy to potentially steal things like clothes and knickknacks.

Of the four open houses the reporter and photographer went to, no ID's were checked and no brokers made sure to accompany both "buyers" at the same time. Which flies in the face of advice that Prudential Douglas Elliman vice president Douglas Heddings offered after one of his listings was victimized by the Open House bandits: "Consider asking open house attendees for photo ID. It may not please some but if they are real buyers, they won't have an issue with producing identification; Consider having multiple agents at an open house so that each person in attendance can be watched diligently; Consider allowing one visitor or pair of visitors at a time to view the property."

The Sun found that some buildings are requiring people visiting open houses to sign in and show ID; one building's director of security even wants to get a "camera and identification scanning equipment."

And it turns out one of the alleged Open House bandits was an Alcoholics Anonymous member who "presented herself as somebody who has been graced with the gift of alcohol recovery and is now a useful member of society." Jennifer Jones was supposedly in her 12th year of sobriety; she is still at Rikers, with a court appearance scheduled for tomorrow. Her suspect cohort Jessica Joyner was released on bail from a NJ jail, where she faced charges of robbing NJ homes during open houses.