Historic Building Wants to Move out of Manhattanville 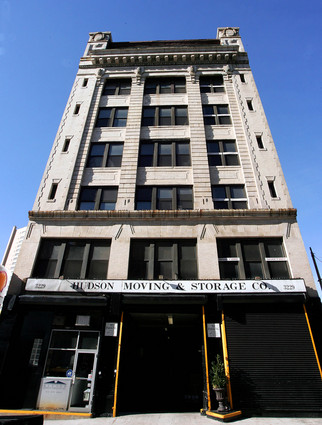 Columbia University’s 17-acre, $7 billion dollar expansion plan (which was approved late last year) has some up in arms, and standing firm.

Anne Whitman, owner of a building in the midst of the expansion territory, wants the University to move her owner-occupied building instead of having to give it up altogether. The building, a 1903 dairy stable purchased by her father in 1972, currently houses her antique moving and storage company.

Originally part of Sheffield Farms, the stable is on the state register of historic places -- but moving it would cancel the designation. The Historic Districts Council Newsstand blog reports on its history:

The 1903 Sheffield Farms Stable was expanded in 1909 to house the horses and wagons of New York City’s largest dairy company at a time when most milk was delivered to customers’ homes. It is a uniquely beautiful stable linked to the history of providing a pure milk supply to New York City in the days before refrigeration when farms were increasingly further away from the growing urban center. The stable is half of a pair that includes today’s Prentis Hall, built as a Sheffield Farms pasteurization and bottling plant in 1909 and owned by Columbia University since 1949.

While one Columbia rep dismissed the idea of moving the building as "dream land stuff," an industrial archeologist says moving the ornate seven-story masonry structure is "not easy, but it could be done." According to the Spectator, the only three buildings Columbia has agreed not to demolish for their Manhattanville campus are "the Studebaker building and former milk processing plant, which is now an auto parts warehouse, Prentis Hall, and the Warren Nash building, a former car servicing plant."

While a price-tag hasn't been attached to the move yet, Whitman has a spot picked out for her beloved building already: 125th Street and Broadway (not far from its current location), Columbia-owned land and smack dab on top of a current McDonald's.

#1903
#Anne Whitman
#columbia
#columbia university
#historic
#Manhattanville
#move
#Sheffield Farms
#stable
Do you know the scoop? Comment below or Send us a Tip