My tormentors come bearing Benny Benassi, heavy heels, and apologetic smiles. For the past six months I've been living below two illegal hotels. These guests stay in my Lower East Side tenement for the same reasons I do: it's convenient, comfortable, and relatively cheap. But the loud Australian accents bouncing off my fire escape, the rolling luggage that reliably scrapes my ceiling and skull on Sundays and Thursdays, and the sheepish shrugs I get from strangers who tell me they found their hotel room "on the internet" but curiously don't recall where, have turned my tiny sanctuary into an insane asylum. What can I do about it? As it turns out, not much.

This is not the sporadic and reasonable Sharing that my friends and those smiling people on the subway utilize to pad their incomes. In a single week I will experience the French family's first boisterous night in New York, the squeals of a couple forgetting their key at 4 a.m., the incessant clomping emanating from a thriving business that doesn't deem it necessary to buy carpets. One group liked taking baths so much they couldn't be bothered to stop while there was a hole in my ceiling.

I live in a hotel without a front desk.

The management company that runs my building is slow to act when I have a leaky pipe, and they've been equally as glacial responding to my increasingly dire emails and phone calls. Contact 311 about the issue, and they'll forward the complaint to the Mayor's Office of Special Enforcement. According to a spokesperson for the Mayor's Office, OSE has seen a near 50% increase in illegal hotel complaints since October of last year.

"You're a classic example of this story, because you're in a building where there's no staff and nobody at the front door seeing all the new people come and go," State Senator Liz Krueger says. "And you're highlighting one of the frustrations that I continually have with other people who call me for help, which is, it's actually pretty hard to get these people to stop."

Samuel Himmelstein, a tenants' rights attorney, agrees: "You've done pretty much what you can do."

Himmelstein says that tenants could theoretically file an HP action against landlords in housing court, a move usually reserved for those who have been deprived of heat or hot water. "I don't know anyone who has done that, but I don't see why it could not be done."

But there are two issues with this strategy.

The first is that I've been unable to locate the actual listings for the hotels above me. "Once you got into court, you'd have to prove that this was going on, and proof that mainly consists in conversations may be admissible, but it may be treated as hearsay," Himmelstein says.

"An attorney will argue that they need to build an evidentiary case, but there are an endless amount of these websites targeted to people who speak many different languages, which makes it tougher to track," Senator Krueger adds.

"The other issue," Himmelstein says, "is that if you haul your landlord into court and you become more of a pain in his butt than the hotels, then he's likely to not renew your lease." 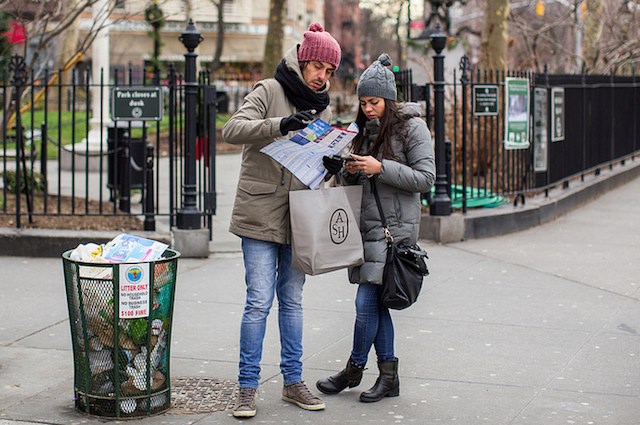 My management company might not be so stubborn if our units were rent-regulated and not market-rate. In a rent-controlled apartment, which only represent 1.2% of the city's total housing stock [PDF], renting a room out for considerably more than the monthly rent is considered by the Housing Court to be a "non-curable event," meaning that it's cause for eviction after a first offense.

The prospect of increased revenue in these cases spurs even the most absentee landlords. "I've had cases where private investigators for landlords will pose as tourists and actually spend the night in the apartment, or will make a reservation and then cancel at the last minute, just to prove the apartment is a hotel," Himmelstein says. A victory for these landlords is a victory for the monied forces who have been rapidly making New York City an impossible place to live.

Tenants of rent-stabilized units and market-rate units, which represent 45% and 39% of the rental units in the city, respectively, can rent their apartments out as hotel rooms for amounts far higher than the monthly rent, and it is considered a "curable event."

"Judge Stoller just held that if you stop doing this when you're notified, it's curable conduct," Himmelstein says, referring to the recent case where a Financial District tenant avoided eviction despite renting her apartment out on Airbnb.

A 2010 law sponsored by Senator Krueger outlawed the use of apartments as illegal hotels for under 30 days, unless the tenant rents out a room and is present the entire time. A City law passed in 2012 increased illegal hotel penalties up to $800 for a first offense and as much as $25,000 for multiple violations.

Yet Krueger says that enforcement isn't a practical answer to the glut of illegal hotel complaints.

"We are in a dynamic, changing world where laws need to adapt to match reality. I'm not a Luddite, but there's a lot of businesses who think that because they're an internet business, they're somehow special and the rules don't apply," Krueger says, specifically referring to the most popular of the rental sites, Airbnb. "We estimate that two-thirds of their listings in New York City are illegal."

Airbnb "encourages responsibility" on their website. "We remind hosts and guests about the rules in New York and have specific information about these rules on our site," spokesman Nick Papas says. He pointed out this toll-free number you can call if your neighbor. A pop up also appears when listing a unit, and if users scroll down and click on "New York," they receive information regarding city and state laws. This information is buried at the end of a page entitled "Responsible Hosting." [Ed. note: Revised to reflect municipal and state law information.]

"We get it, you travel to the city to have a good time," Krueger says. "You might play music loud or you might meet people and invite them back to your party pad. But hotels are set up to handle all this. There is a recognition that what happens in hotels translates to other risks."

"Some people are doing this because they have trouble surviving," Himmelstein says, before telling me about a disabled client of his who rented out his rent-stabilized apartment twice a year in order to pay for his SSRIs. "To me, the equities in a case like that are not black and white."

"But some people are just greedy, and are exploiting their apartments. In my mind, these websites should point out that it's illegal to rent out your apartment under these circumstances. They should tell you to proceed with caution."

#airbnb
#illegal hotels
#Lower East Side
#mayor's office of special enforcement
#noise
#Senator Liz Krueger
#original
Do you know the scoop? Comment below or Send us a Tip