Over 50 women have accused Bill Cosby of sexual assault, and now the 78-year-old comedian has been brought up on charges of indecent assault. Cosby was arraigned at Montgomery County Courthouse in Pennsylvania today, granted a $1 million bail, and brought to the local police station for fingerprinting and a mug shot. His passport was also confiscated. His mug shot was just released: 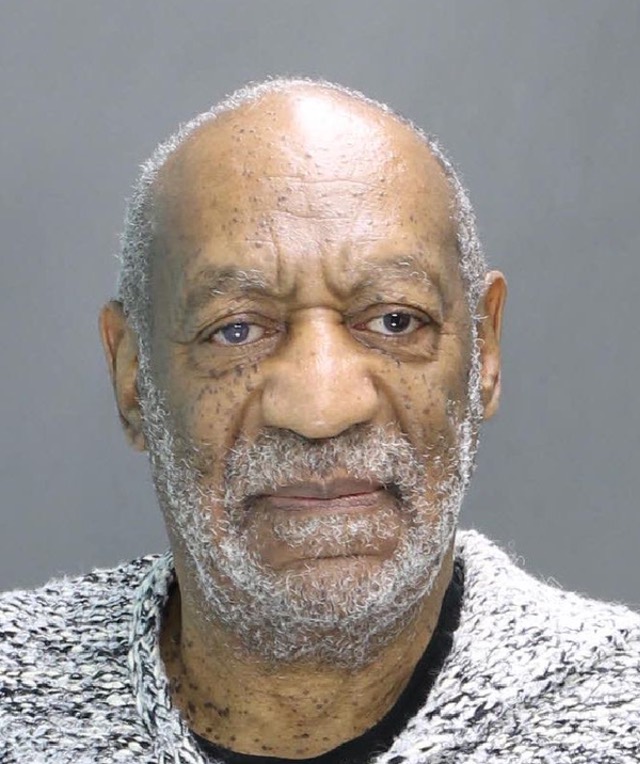 As for the indecent assault charge, Assistant DA Kevin Steele explained in a press conference this morning that the charge is brought when "a person commits some type of vaginal penetration, and the person does so without consent," in many cases because "the person was unconscious or unaware" or "substantially impaired." He added, "We know pills were provided, we know there was wine that was provided."

This charge is in regards to just one of the 50+ women who have accused Cosby of similar crimes. In this case, Andrea Constand was allegedly assaulted by Cosby in 2004. The statue of limitations was about to run out on January 1st, 2016.

In July, the NY Times obtained the deposition regarding Constand's accusations, which was sealed in 2006. Cosby had managed to keep the file private—in it, the paper noted, "the entertainer comes across as alternately annoyed, mocking, occasionally charming and sometimes boastful, often blithely describing sexual encounters in graphic detail... He presented himself in the deposition as an unapologetic, cavalier playboy, someone who used a combination of fame, apparent concern and powerful sedatives in a calculated pursuit of young women."

#andrea constand
#bill cosby
#mug shot
Do you know the scoop? Comment below or Send us a Tip