Here Are The Most & Least Dangerous Subway Stations In NYC

If you're looking for a great subway read today, then the Daily News has you covered: they've taken an exhaustive look at the subway system over a five-year period from July 2008 through June 2013, analyzing subway crimes and ridership across the city. And the data will shock mildly surprise you. 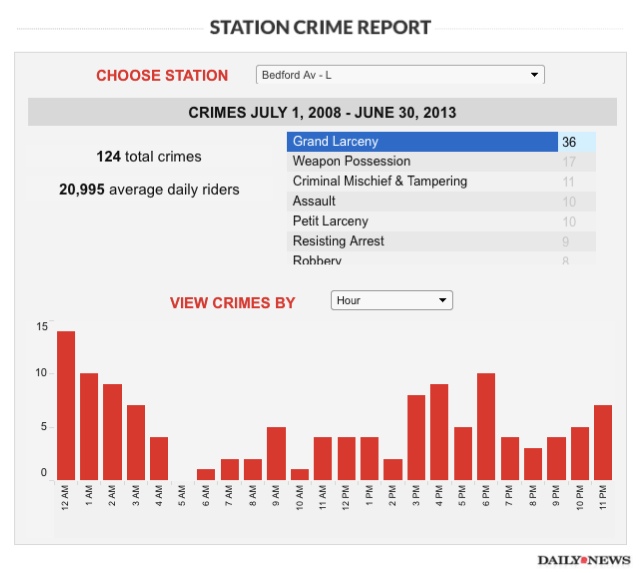 Let's break that down a bit:


There's plenty more where that came from. The Daily News' interactive graphics allow you to track crimes by station or track crime by category. 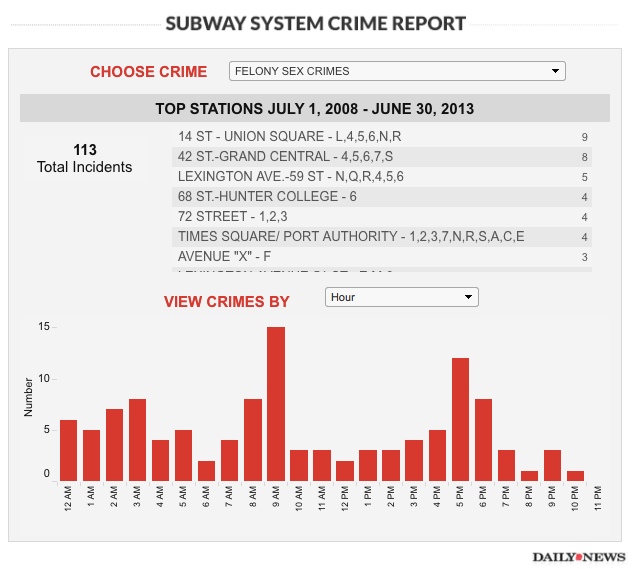 #crime
#daily news
#dangerous
#MTA
#subway
#trains
Do you know the scoop? Comment below or Send us a Tip