Here Are All The Subway Deserts In NYC

The subway may be comprised of underfunded crumbling tunnels and Mesozoic technology, yet it remains an indispensable lifeline for most New Yorkers. Unfortunately, some unlucky city dwellers can't just roll out of bed and into a 6 train, as evidenced by one researcher's map of all the subway "deserts" in NYC.

The map is the project of one Chris Whong, who's put blue dots over all land areas located within 500 meters (0.3 miles) of a subway stop. It's a little hard to read, but visually fun to look at—as you can see, Manhattan is pretty well covered save for a presumably soon-to-be serviced swath of 2nd Avenue and the far west side, while most of eastern Queens is inaccessible without above-ground wheels. 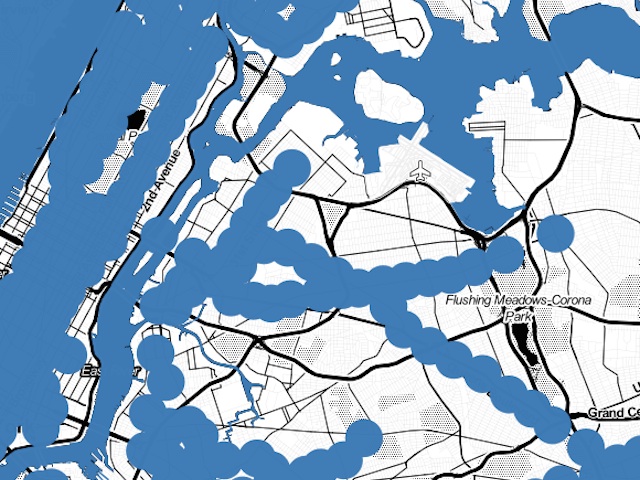 Brooklyn, meanwhile, is solidly serviced up north, but seems lacking in subway service at the bottom, and that's not just because of the G train (the G train is terrible because it runs perfectly on time and is very uncrowded in the morning STAY OFF THE G TRAIN IT IS MINE) . And Staten Island just gets a small sliver of Railway service. 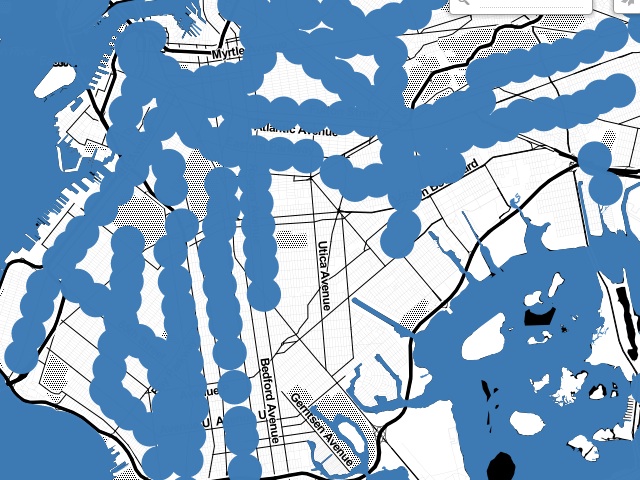 Of course, it's worth pointing out that 500 meters is only a few blocks' walk in this city, so living on the cusp of this map isn't the worst thing. Then again, even traipsing half a mile from your apartment to the train is a task when our sidewalks have been transformed into Polar Vortex ice lagoons. God bless the bus system. Most of the time.

#MTA
#subway
#subway deserts
Do you know the scoop? Comment below or Send us a Tip