Some very sad news about the fatal fire that killed 27-year-old Daniel McClung in a Midtown apartment last week. His 32-year-old husband, who remains in the hospital after suffering severe smoke inhalation, doesn't know that McClung has died.

A friend told DNAinfo that he visited Michael Cohen at New York-Presbyterian Hospital: "He is not aware of anything that has happened." 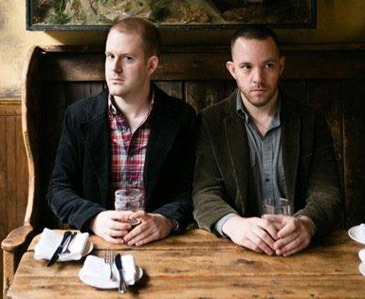 The fire occurred on the 20th floor of the condo skyscraper at 500 West 43rd Street, when an overloaded power strip shorted. McClung and Cohen tried to escape their 38th floor apartment, but were severely overcome by smoke around the 31st and 32nd floors. McClung died, while Cohen is in stable condition. Fire officials said that if they stayed in their apartment, "They would have survived, absolutely... It’s not the fire in these fire-proof multiple dwellings that will kill you. It’s the smoke that will kill you.’’

However, the couple, who just got married last year, had no idea that they should have stayed in their apartment. City Council Member Corey Johnson is proposing legislation that would require buildings to put emergency communications in stairwells of tall buildings. Johnson said, "The tragic death at The Strand was entirely preventable. The legislation I'm proposing will require buildings higher than six stories to have Emergency Communication Systems in stairwells, which could inform residents to either 'stay or go.'"

Cohen's mother, Randi Cohen, said, "My boys are the injured and deceased men. We need better safety rules so this will never happen again."

#daniel mcclung
#fatal fire
#fire
#manhattan
#michael cohen
#the strand
Do you know the scoop? Comment below or Send us a Tip