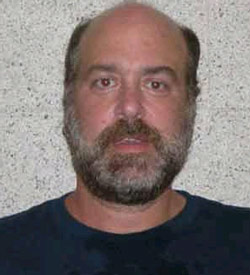 Samuel Israel, the hedge fund founder who went on the lam the day he was supposed to start a 20-year prison sentence, told a judge he did try to kill himself two days ago. WCBS 2 reports that during this morning's hearing in a Manhattan federal court, Israel claimed "he swallowed 175 morphine pills and the rest of his painkillers for his bad back." However, when he woke up, he "realized God didn't want me to do that so I turned myself in."

Israel, who faked his suicide on June 9 and then turned himself in yesterday, was apparently convinced to surrender by his mother as well. Law enforcement had been in touch of Israel's mother and said, "Obviously, she probably had some kind of influence, which mothers usually do. He knew they were getting close to him, so he probably did the right thing."

During the hearing, Judge Colleen McMahon was pretty unhappy, telling him to stand up, "Welcome back, Mr. Israel. If you can ride a motorcycle, Mr. Israel, you can stand up in my courtroom," referring to the fact that Israel drove a motor scooter to turn himself in. Not only did she deny him bail, she refused to allow him to serve his sentence at the prison medical center (he has health issues) in Massachusetts where he was originally assigned. Per the NY Times, McMahon said, "I am through concerning myself with Mr. Israel’s medical requirements. I did that once and Mr. Israel repaid me amply by not showing up. It was thrown in my face.”

#fake suicide
#hedge fund
#sam israel
#samuel israel
#surrender
Do you know the scoop? Comment below or Send us a Tip