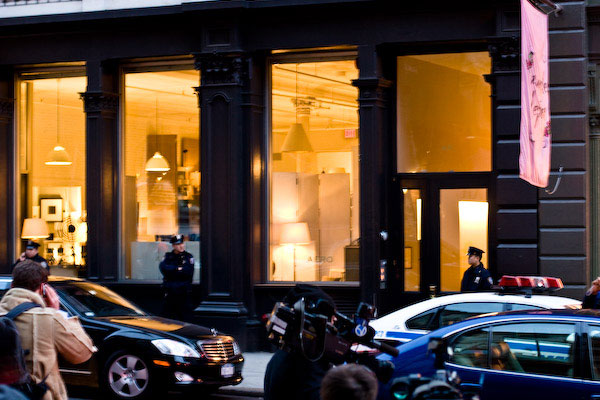 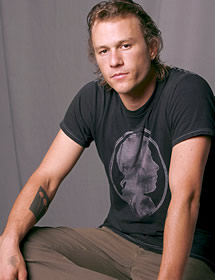 Actor Heath Ledger was found dead in his downtown Manhattan apartment by the police. Some reports say he died from an overdose.

UPDATE 5:00PM :According to the NYPD spokesman, Ledger, who was living in an apartment at Broome street, "had an appointment for a massage...The housekeeper who went to let Ledger know the masseuse was there, and found him dead at 3:26 p.m" with "pills strewn all around him."

The housekeeper and masseuse tried to awake him and called the authorities when he did not respond. When the paramedics responded he was in full cardiac arrest and they attempted to perform CPR. It was unsuccessful, however, and he was pronounced dead at the scene.The police say foul play is not suspected.

Ledger, whose performance in 2005's Brokeback Mountain was nominated for an Oscar, had broken up with actress Michelle Williams last year. The couple have a child, Matilda, and were a familiar sight in Brooklyn until they split. Ledger and Williams reportedly created identical bedrooms for Mathilda in their homes the child, now 2 and a half, wouldn't feel displaced.

A recent trailer for the next Batman sequel, The Dark Knight, features Ledger as the Joker. He had been filming The Imaginarium of Doctor Parnassus for director Terry Gilliam in England and Canada. 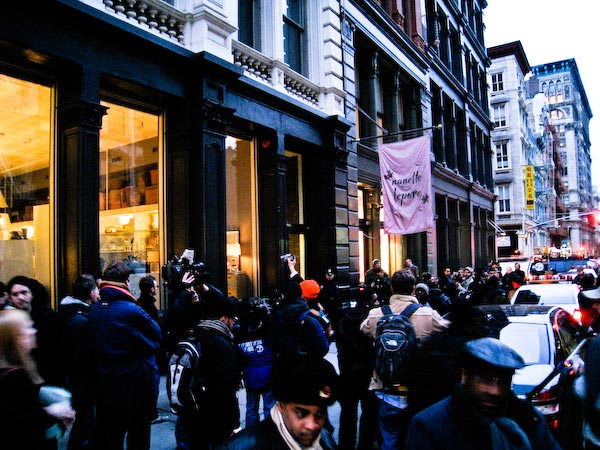 UPDATE 5:13PM: We went to the apartment building and there's a bunch of media on the scene, the police are in front. TMZ is already there -- all the local news channels. It's a five story building, third lot in from the corner. No one has mentioned if the body has been taken out yet (no ambulance in sight). Police are trying to clear the scene, but the media is canvassing the street. The detective says no one is coming out soon.

UPDATE 5:22PM: The Times is saying the fifth floor apartment is owned by Mary-Kate Olsen. A commenter suggests this Corcoran listing (a rental for $23,000/month) is the apartment. TMZ is saying that while the two were romantically linked over the past few weeks or maybe months, Mary-Kate is at Sundance and Ledger was not in her apartment.

UPDATE 6:00PM: Fox News is showing old interviews with the actor, who in November said, "I feel good about dying now because i'm alive in her [Mathilda], but at the same hand you don't want to die because you want to be around for the rest of her life." Heartbreaking.

TMZ talking heads are also popping up on the news outlets, saying that the body will be removed from the apartment "soon" and the autopsy will be performed tomorrow.

NYPD has now confirmed it was not Mary-Kate's apartment. 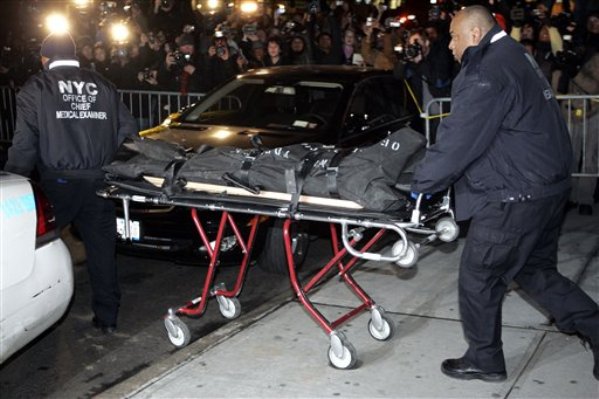 UPDATE 7PM: The Post reports that "bottles of Diazepam and Alprazolam, both anti-anxiety drugs prescribed in his name, were found in the house." Additionally, a friend of Ledger's uncle said, "[Uncle Neil Bell] said the father and mother are devastated because they found out of his death through the media."

A friend told US Magazine that Ledger had a "rough" time getting sober but his "one joy" was his daughter: "This is terrible and I'm in shock. But to tell you the truth... we saw it coming." And Warner Bros., which is releasing The Dark Knight, issued a statement: "The studio is stunned and devastated by this tragic news. The entertainment community has lost an enormous talent. Heath was a brilliant actor and an exceptional person. Our hearts go out to his family and friends."

UPDATE 8:45PM: The Mary Kate-Olsen connection explained - by TMZ: "The cleaning lady called police. The masseuse, we're told, called the bodyguard for the Olsens. She called him because they're friends and he's an EMT. The bodyguard was around the block at Ashley's and he immediately went over. By the time he arrived, the cops were already there."

TMZ's Harvey Levin told Keith Olbermann that Ledger was suffering from pneumonia at the time and added that Ledger's family was upset that there were suggestion of suicide. And ex-fiancee Michelle Williams is apparently on her way to NY.