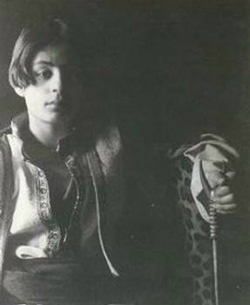 Debbie Almontaser, the erstwhile founder and principal of the Khalil Gibran International Academy, resigned this week after controversy arose over a t-shirt. With less than a month before kids report to school, Almontaser resigned when she failed to initially denounce a t-shirt that was being sold by a group called Arab Women Active in Arts and Media that read "Intifada NYC". Almontaser said that the word "intifada" literally meant "shrugging off" in Arabic and was supposed to be a feminist slogan connotating women shrugging off oppression. That is indeed the literal Arabic translation of the word, according to our dictionary. The general understanding of the word, however, relates to an armed uprising that has resulted in thousands of deaths in the Middle East and includes urban warfare, bus bombings, and terrorism. Critics were appalled that Almontaser would defend a shirt that appeared to advocate a violent uprising by Arabs in New York City. After public criticism, Almontaser denounced any association of the t-shirt with violence.

While the Khalil Gibran International Academy was supposedly going to become an insular "madrassa" and a haven for non-assimilationist Arab immigrants, the Post reported yesterday that the school didn't quite fill that bill. Only two of the teachers and six of the enrolled students were fluent in Arabic already. 75% of the 44 students who want to attend the bilingual school are black, in what is described as a lack of diversity.