Harlem Shooting Victim Had Checkered Past 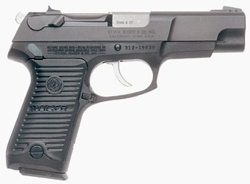 The 25-year-old man shot and killed by police Friday evening had a troubled history with the law and an official review of the shooting by the NYPD concluded that its officers acted properly. Plainclothes police approached Ronald Battle Friday night around 11 p.m., while responding to a complaint that two armed men were outside the Rangel Houses development on Harlem River Drive. Battle ran when he saw the police and attempted to enter one of the housing project's buildings where he lives. Unable to enter, Battle jumped over a fence. Cops say that Battle pulled a gun and when he refused to drop it one of the officers fired four shots at him, hitting him once in the back and killing him. A loaded 9mm pistol was found next to his body.

It was not Battle's first encounter with police. He had previously served 4 1/2 years in prison for attempted robbery. At the time of his death, he was facing charges of stabbing two women and attacking a third with a hammer at a party earlier this year. Battle, whose nickname was Korrupt according to the Daily News, had been arrested seven times in the past, including the 1998 arrest that led to his prison term. The stabbings and hammer attack were allegedly against a group of lesbians who Battle suspected of hitting on his girlfriend at a party. Battle's relatives were dissatisfied with the conclusion that his death fell within departmental guidelines. The News reports that as friends and family surrounded a makeshift memorial for Battle made of candles and empty Corona bottles, a visitor from Hartford said that cops acted unfairly by drawing their guns. Neither officer had ever fired his weapon previously while on duty.