Harlem Is "Going To Be Amazing In A Few More Years," Promises Luxury Apartment Broker

It's Sunday morning, and I'm sitting on top of a double-decker bus emblazoned with the Realtor.com logo, snaking south from SoHo towards the Financial District. Nicole Grierson works for Nest Seekers International—a top-one-percent real-estate company that partners with Realtor.com in New York—and she's telling me about her clients. I'm nodding vigorously.

"New York City real-estate is not going to be decreasing in value," she says, between bites of a complimentary Dean & DeLuca muffin. "So why not have some property that's just going to keep earning? That way you've got a home if you want it, when you want it. You know, it's a solid investment."

Grierson elaborates on the way her clients think: "People can literally say, 'I have $20 million extra dollars in my bank account, and I don't want it sitting here, just in case—God forbid—anything goes wrong.'" At Nest Seekers, she explains, more than a third of annual sales go to international buyers. "Many of these homes [that we show] are second or third homes," she says.

But Nicole's formula for real-estate success doesn't include all of New York City. "Washington Heights and Harlem are going to be amazing in a few more years," she assures me. "But right now… you know, Harlem doesn't always have a positive connotation." (A recent study found that median rents for new tenants in Harlem have risen 90 percent in the past decade.) 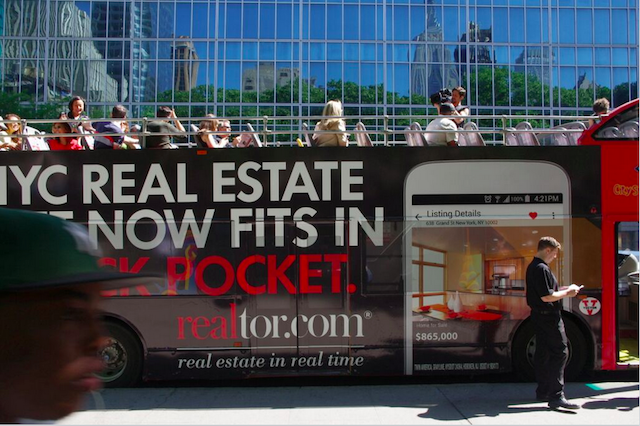 Our trusty ride for the morning (Max Thorn/Gothamist)

When I heard that Realtor.com was promoting its app relaunch with double-decker bus tours of downtown condos and coops priced in the millions (the "experiential component" of the "biggest and boldest national ad campaign in realtor.com®’s history," according to a recent press release), I pictured a phalanx of pregnant young couples with Rolexes, crowding the bus's upper deck in cashmere sweaters.

What I found instead was a crew of about 25 bemused and sweaty New Yorkers, more than half of whom appeared to be on the clock—videographers, publicists, brokers, agents, and one furiously-Periscoping social media person.

Everyone else had received an invitation for the tour through a randomized Realtor.com algorithm, or seen it promoted on Facebook. Paul Thervil, of Manhattan, told me that he's planning on becoming an investor. "I need to start networking and going to things like this to get acquainted," he explained. "I also watch HGTV, so I've always had a niche for real estate."

Our tour guide, comedian Mike Camerlengo, struggled through the morning, seemingly stuck somewhere between his desire to make fun, and do his promotional duty. He did what he could with a tip sheet of facts about the listings—"Thirty-eight feet of windows? That's a lot of window feet! I'm excited!"—while an earnest publicist stage-whispered that if he could tell some personal real-estate stories, that would be great. That prompted this riff: "When I was a real-estate agent, I used to tell people, 'Who needs a gym when you've got all of these stairs!?'" He leaned off the mic and looked directly at me. "Every time I did that, I wanted to throw myself back down them," he said. 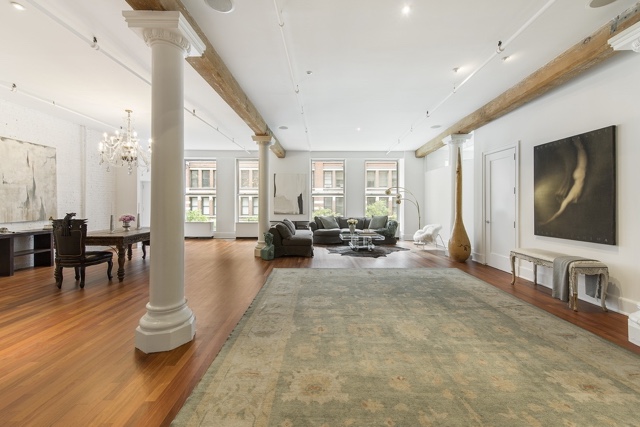 Nest Seekers picked out three properties for Sunday's tour, including a four-bedroom boutique condo at 285 Lafayette Street in Soho with Brazilian cherry-wood floors, on the market for $11.5 million. Mitch Alfus, a.k.a. the Leather King, used to live there. The agent was so nervous about scuffs that she made us take our shoes off.

Verna Javellana is already a homeowner in Queens; she wasn't actually looking to buy. "I wanted to see what's going on in the housing market in the city," she said afterwards. Did she like that $11.5 million condo? "Oh my God it's very grand," she said. "It's for really rich people."

We also checked out a $1.09 million one-bedroom at 111 Fulton Street in the Financial District. There, another agent handed out pastel macarons before marching us in a quick loop around the roof deck, where curvy women in bikinis lounged on curvy white deck chairs. One of them was picking half-heartredly at her knitting. "I'm lucky that I get to show a place in the Financial District that actually has a beautiful apartment," the realtor beamed.

"Usually the apartment is meh and the amenities are great, but this apartment really has both." It came with a steam room, pool, sauna, and one 5-by-10-foot storage unit per apartment.

Earlier, Mariana Oliveira from the website's affiliated advertising agency had described the tour's price point as only "slightly aspirational," because, "honestly a $4 million condominium is not that insane for people looking to buy something in Manhattan." 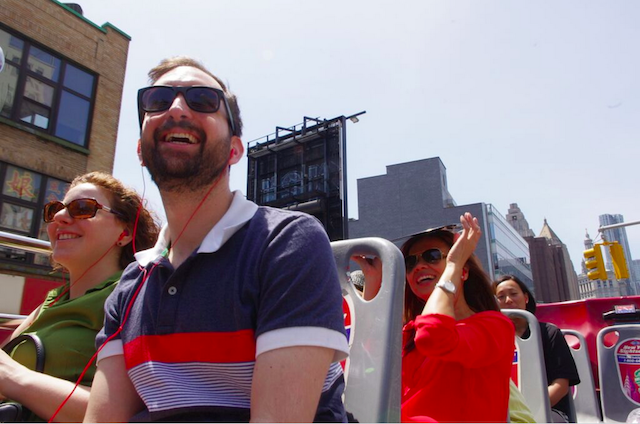 Selling points were harder to come by at 252 West 29th Street, a $2.2-million, 1850-square-foot concrete loft that has spent four months on the market because of poor light and noisy construction on the block. One of the three bedrooms barely fit a bunk bed, which butted up against a small closet with a curtain drawn across it.

The listing's agent told me that he's seen a lot of young, New York families come through, who have kids enrolled at Avenues: The World School around the corner. "They want desperately to stay in Manhattan," he said. "There are some people who are stigmatized against Brooklyn. Still. Park Slope they love, but it's getting more expensive than here!" 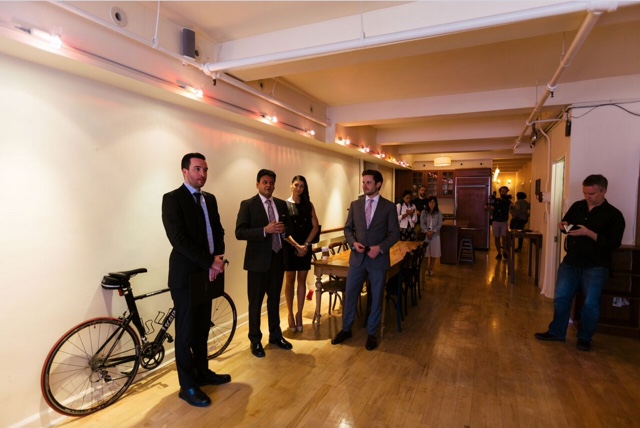 "I try to sell this as the last area of accessible Manhattan with upside," he explained. "Because the neighborhood is going to get systematically better with the Highline coming north, and Hudson Yards."

Kate, a financial consultant from Soho, was not convinced. "I used to live on 26th and 7th, and that was even more Chelsea than this is," she said, as we piled back onto the bus. What would she call this neighborhood, then? She paused for dramatic effect. "I think it's called Crap Around Penn Station."