Hard for Brooklyn Brewery to Find a New Brooklyn Home 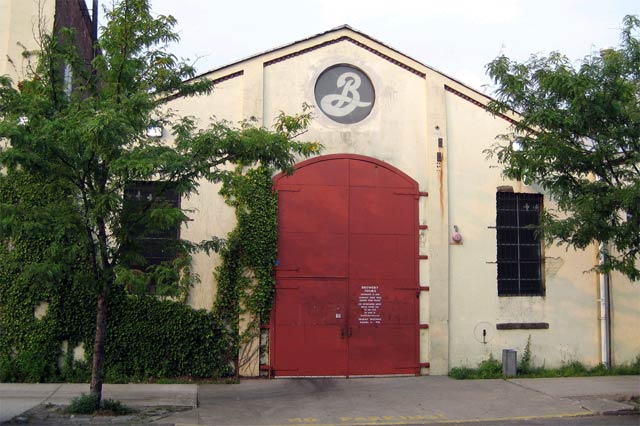 Photograph of the Brooklyn Brewery in Williamsburg by wallyg on Flickr

The Brooklyn Brewery is facing a dilemma. The NY Times explains the company has come up against the expensive real estate market:

[Brooklyn Brewery President Steve] Hindy and his partners are willing to spend $15 million for a bigger brewery that would employ at least twice as many workers as he has now and would have a beer garden where customers could sample his growing roster of specialty brews. But after four years of searching and two failed bids to be included in redevelopment projects in Red Hook and Carroll Gardens, they have not found a suitable building in the borough at a feasible price.

“We are the Brooklyn Brewery, and we want to be in Brooklyn,” said Mr. Hindy, who often bicycles to work from his home in Park Slope. “If we can’t find a place, then who can? We’re about as perfect an example of light manufacturing as you can get.”

Hindy is also upset the rezoning of Williamsburg and Greenpoint, which he initially supported, "went too far by allowing a variety of nonindustrial uses of land in areas that are labeled industrial business zones"--which is why some property owners are holding out to create condos, versus offer them to businesses.

Though much of Brooklyn Brewery's beer is bottled in Utica, Hindy says he'd at least double the Williamsburg workforce (the brewery opened in 1996) and local production would grow from 12,000 to 40,000 barrels/year. Hindy is hoping city officials can step up and help him keep the brewery--and its jobs--in Brooklyn, but added, "Once you name your company Brooklyn Brewery, you kind of take away the threat of moving to New Jersey." And last year, Hindy spoke to the Sun and described other ideas for expansion, like making the brand a success in...Manhattan.

By
David Brand
and
Chau Lam