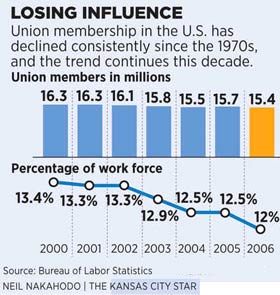 Happy Labor Day! Today, government buildings and post offices, financial markets and banks are all closed. Alternate-side-of-the-street parking is suspended and there is no garbage or recycling collection. Mass transit is running on a Sunday schedule. There a number of events today (though we think that the West Indian American Day Carnival is the best bet) and it's also the last day of the year that city beaches and pools will be open.

According to the U.S. Department of Labor, Labor Day "is a creation of the labor movement and is dedicated to the social and economic achievements of American workers. It constitutes a yearly national tribute to the contributions workers have made to the strength, prosperity, and well-being of our country."

The first Labor Day was celebrated on September 5, 1882 in New York City, after the Central Labor Union decided to hold a demonstration and picnic. The day became a national holiday in 1894. The Kansas City Star has an article about how Labor Day's significance gets overlooked, accompanied by a graph of labor involvement. Former Labor Secretary Robert Reich recently wrote, "We as a nation have traded off lower priced goods and services, in place of a unionized workforce with the bargaining clout to get higher wages. So now, a lot of us get good consumer deals and lousy paychecks."