Occupy Wall Street is streaming footage of Oscar-winning actress and activist Susan Sarandon at the camp site. Via Christie Rotondo, Sarandon said, "It never changes from the top, it only changes from the bottom, and this is great."

Sarandon is no stranger to protests—or being arrested: In 1999, she was arrested during a protest of the NYPD's shooting of African immigrant Amadou Diallo. One commenter on the LiveStream page notes, "She's friends with Kevin Costner. If you build it, they will come." Rotondo also took a picture of Sarandon: 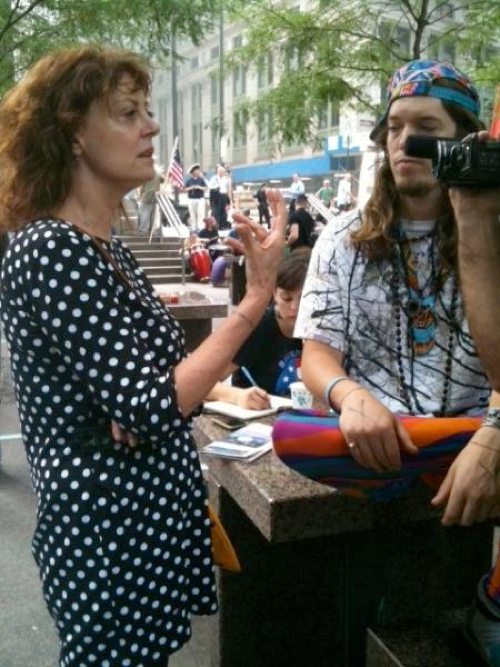 #economy
#occupation of wall street
#occupy wall street
#protesters
#recession
#susan sarandon
#wall street
Do you know the scoop? Comment below or Send us a Tip