The man accused of using a hammer to rob a subway rider at the Fulton Street & Rockaway Avenue station may be connected two other similar incidents. And one of those victims was a petite pregnant woman. 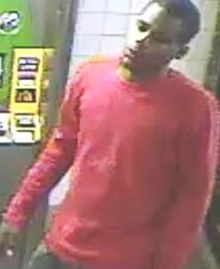 The other incident occurred this past Sunday, with a 23-year-old man attacked at the same Fulton Street & Rockaway Avenue station where Wednesday's attack occurred.

The most recent victim, Richianand Brijanand, described his ordeal to WCBS 2. Brijanand was buying a MetroCard at 9:20 a.m. at the station when the suspect attacked him. He recalled, "I went up to the machine trying to make my purchase, and all of a sudden he just hit me right in the head - boom... I just spun around, and when I turned around, he held the hammer again to frighten me. He said, ‘Give me your money — after he hit me."

The suspect took $140. Brijanand, an immigrant from Guyana who works at Staples, said of the hammer, "I guess he held it with two of his hands, because when I saw him with the hammer in hand, he held it with both hands." He said, "I’m feeling, like, swelling - a lot of swelling," and pointed to the right side of his head, "It swells from here [his ear], all the way up here [his temple], to the bottom here [his eye]."

The suspect is described as 5'10" and weighing between 130 and 150 pounds. Anyone with information regarding this robbery has been asked to contact the NYPD’s Crime Stoppers hotline at 800-577-TIPS. The public can also submit tips by logging onto the Crime Stoppers website at http://www.nypdcrimestoppers.com or by texting tips to 274637 [CRIMES] and entering TIP577.

#brooklyn
#crime
#hammer attack
#queens
#robbery
Do you know the scoop? Comment below or Send us a Tip