Halloween Tragedy: 3 Killed, 4 Injured When Driver Crashes Into Trick Or Treaters In The Bronx

A 10-year-old girl, her grandfather and another man were killed when an out-of-control car that apparently went airborne and crashed into a group of Halloween trick-or-treaters on a Bronx sidewalk yesterday afternoon. A neighbor said, "We heard the screeching 'boom boom boom' kids were crying, people were screaming.'

According to police, officers were called to an incident near Morris Park Avenue and Bogart Avenue around 4:53 p.m.—a 2011 Dodge Charger was lodged in the front yard fence of 936 Morris Park Avenue. There, they found Louis Perez, 65, unconscious and unresponsive with severe head trauma; Perez was pronounced dead at the scene. Kristian Leka, 24, and Perez's granddaughter, Nyanna Aquil, 10, were taken to Jacobi Hospital, where they were pronounced dead.

A three-year-old girl, a nine-year-old girl and a 21-year-old woman were taken to Jacobi Hospital for non-life-threatening injuries. Howard Unger, the 52-year-old driver of the Dodge Charger, was also taken to the Jacobi and is stable condition.

Neighbor Kristina DeJesus told the Post, "The car flew over the curb [and] hit the gate." She saw that one man's legs were "completely torn off... I dropped my bags and ran over. Everybody stopped trick-or-treating, saying, ‘how can we help?'" 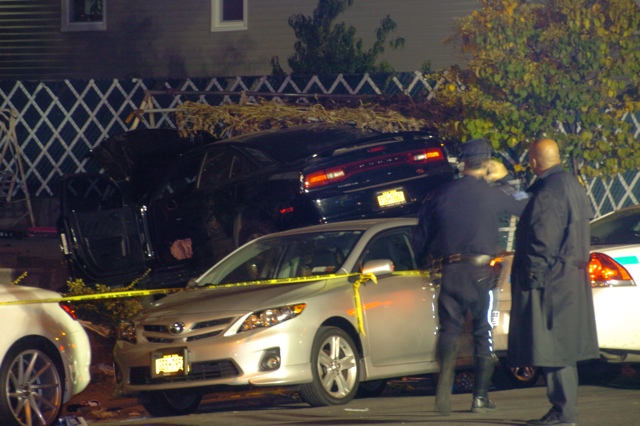 Another neighbor said, "I saw a torso on the sidewalk. I didn’t know if it was a Halloween dummy or a real person."

FDNY Deputy Chief Joe Saccente said, "Some were under the vehicle. There was considerable damage to their bodies." John del Giudice said to WABC 7, "I didn't comprehend what I was seeing until I realized what I was seeing. I had to walk away. Too much involved." Gloria del Giudice added "that grown men were crying."

The NYPD is investigating whethere Unger may have had a seizure or medical condition that lead to the tragedy. However, some witnesses think he had road rage. From the Daily News:

Witnesses said the Dodge had repeatedly bumped the back of the Toyota, making it appear as if it were intentional.

“It looked like it was road rage,” said witness Laurie Grey Williams. “I couldn’t figure out why he was hitting the back (of the car). He just kept tapping him. He kept coming straight toward this guy.”

But cops have ruled out that road rage sparked the crash.

Investigators were looking into the possibility that Unger’s erratic driving was the result of a medical episode.

the driver looked more scared than injured as a group of onlookers, many of them in costume, started threatening him.

“People were trying to get to him, screaming and yelling,” Elijah Williams said.

Leka had been accompanying his 10-year-old sister while she trick-or-treated; witnesses say he pushed her out of the way of the car. The girl had a broken arm. Perez's wife mourned to the News, "He was the greatest grandfather in the world. He picked up his granddaughters everyday from school, he fed them and took care of them. He was so loved by them. They adored him. He will be sorely missed."

#bronx
#fatal crash
#hallowen
#trick or treating
Do you know the scoop? Comment below or Send us a Tip