Joe McKnight, a former running back for the NY Jets, was fatally shot in Louisiana yesterday in what's been described as a "possible road rage episode." He was 28 years old.

Local law enforcement officials say McKnight was shot "multiple times" at around 2:45 p.m. in Terrytown, La., located just five miles outside of New Orleans. Local police identified 54-year-old Ronald Gasser as the shooting suspect; he stayed on the scene and handed in his gun before being taken into custody.

A witness says she saw Gasser yell at McKnight in a busy intersection, and when McKnight, who did not have a gun, tried to apologize, Gasser shot him multiple times, telling him, "I told you don't you fuck with me." McKnight was pronounced dead at the scene. 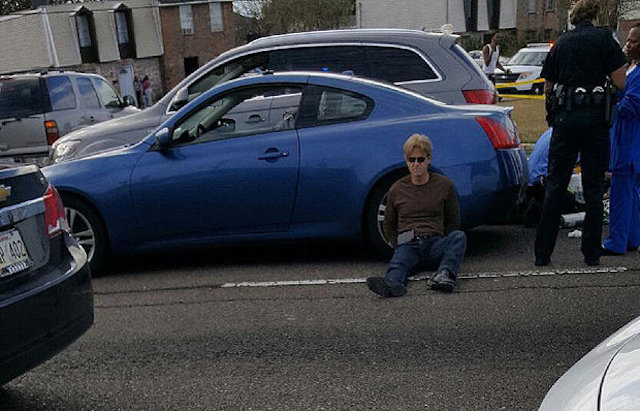 McKnight played for the Jets from 2010 to 2012, starting once in 39 games and gaining 505 yards rushing and 177 receiving. He was released in August 2013, and played two games with Kansas City in 2014. The Jets released a statement about McKnight on Twitter:

Our thoughts and condolences are with his loved ones. pic.twitter.com/vtEihPomt9

Statement from Rex Ryan on Joe McKnight. Ryan coached McKnight with the Jets from 2010-12. pic.twitter.com/MfRZMcJFG3

And former teammates took to social media to mourn McKnight:

Just got a message saying my former teammate Joe McKnight was killed today. This hurt to the heart. I can't stop crying. #RestInPeace

#jets
#Joe McKnight
#ny jets
Do you know the scoop? Comment below or Send us a Tip