A Staten Island woman caught on videotape allegedly stealing Halloween candy and toys off a neighbor's porch has been nabbed by police at last, though it's unclear whether the candy has been reclaimed by its rightful owners.

The SI Advance reports that 33-year-old Rasha Rohmen was issued a desk appearance ticket last night, after cops identified her as the alleged party responsible for Saturday's candy caper. Rohmen is accused of stealing two buckets full of candy and snacks, along with a second bucket full of toys, off Huguenot resident Holly Jones's porch while Jones, her husband, and her eight-year-old son trick-or-treated. 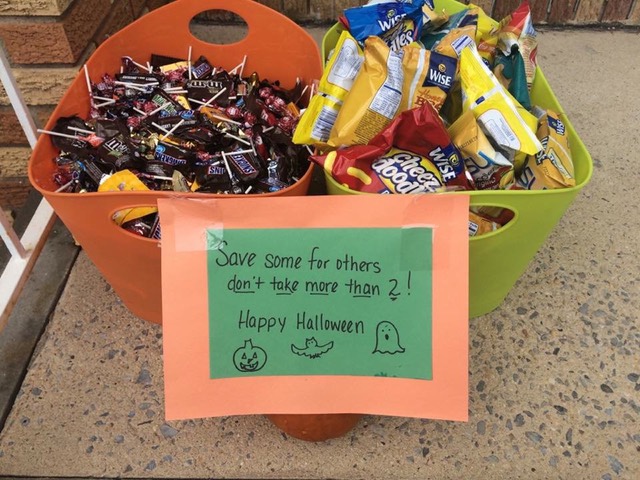 Police say Rohmen was caught on this video, along with her genie-pant clad daughter:

Rohmen told SI Advance she acted in error. "You know, mistakes happen. It was a mistake. That's all I could say. It's a mistake," she said. "I'm really sorry... it was my first and last mistake. I'm sorry, I cannot talk about this."

She could face up to a year in jail if convicted, a truly terrifying concept considering all the Halloween candy New York City kids routinely steal from candy buckets left outside neighbors' apartment buildings.