With the city on higher alert due to a credible, though unconfirmed, terrorist threat, the NBC News Twitter account was hacked by The Script Kiddies, who decided to send out Tweets such as "Breaking News! Ground Zero has just been attacked. Flight 5736 has crashed into the site, suspected hijacking. more as the story develops," "Flight 4782 is not responding, suspected hijacking. One plane just hit Ground Zero site at 5:47. #groundzeroattacked." and "This is not a joke, Ground Zero has just been attacked. We're attempting to get reporter on the scene. #groundzero attacked." before finally sending "NBCNEWS hacked by The Script Kiddies. Follow them". Now the NBC News Twitter account has been suspended. 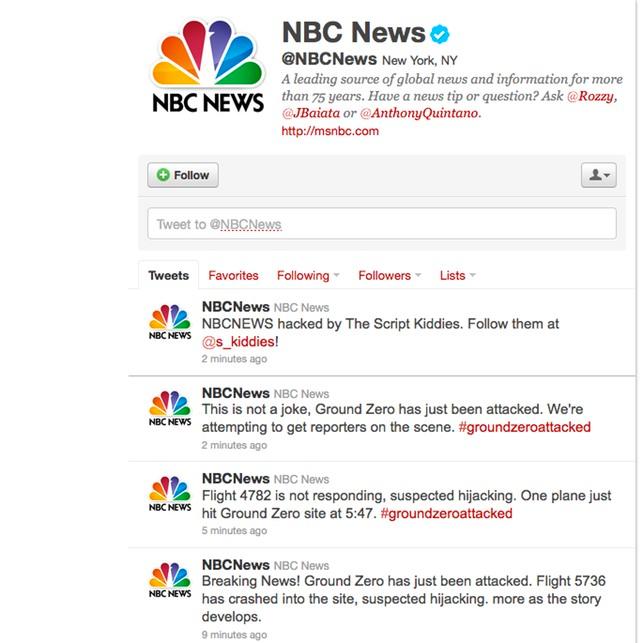 NBC News released a statement, "The NBC News twitter account was hacked late this afternoon and as a result, false reports of a plane attack on ground zero were sent to @NBCNews followers. We are working with Twitter to correct the situation and sincerely apologize for the scare that could have been caused by such a reckless and irresponsible act."