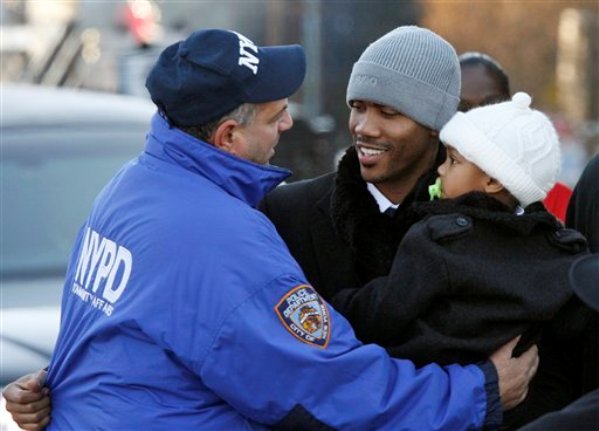 Yesterday's Knicks practice was cancelled so that the entire team could attend the funeral for Don Marbury, father of Knicks captain Stephon Marbury. Don Marbury died during the Knicks' Sunday night game. Despite being a team often criticized for lacking chemistry, they all stood together at the Coney Island Gospel Assembly on Neptune Ave. to support their point guard during his difficult time. Malik Rose spoke on behalf of the team to the 600-plus in attendance (which included Allan Houston, John Starks, and Fat Joe), and was joined on the pulpit by the rest of the squad shortly after he began to speak. After the service, Rose, Jamal Crawford and David Lee stayed behind to serve as pall bearers. 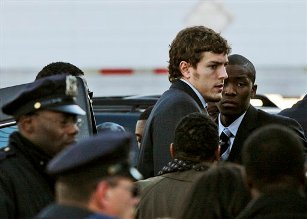 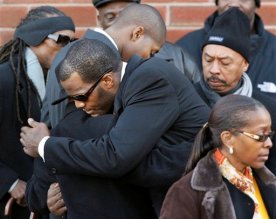 Considering it was less than a month ago where the team voted for Steph not to play after abandoning the team, it is a promising sign that they all might be able to look beyond their early season squabbles and get their season back on track. In a surprising decision, Marbury will play tonight in Philly against the Sixers. He spoke to the media earlier today, saying "Last night I was asking myself if I am making the right decision. Do I need more time? Eventually I'm going to have to start playing, so why not jump right into the fire?" Coach Thomas said that he plans to give him his regular minutes.

Whether this difficult week is a turning point for the troubled team, or a another bump in an already rocky season is still to be seen. For at least one day, however, the Knicks were undoubtedly a team. Lets see if they can keep it together on the court tonight as well.