The war between former Fox News personality Gretchen Carlson and Fox News founder and CEO Roger Ailes heated up over the weekend, after six women came forward with their sexual harassment allegations. Ailes's lawyer insisted Carlson and her lawyers "are desperately attempting to litigate this in the press because they have no legal case to argue. The latest allegations, all 30 to 50 years old, are false." To which Carlson's legal team says, "Calling these women liars because they chose to speak out is despicable. Bullying and threats will not silence these brave women."

Last Wednesday, Carlson filed a lawsuit, claiming that Ailes fired her after she refused to sleep with him and complained about sexual harassment and discriminatory behavior that he and her Fox & Friends co-host Steve Doocy engaged in. It took hours for Fox News' parent company 21st Century Fox to respond, and 21st Century Fox chimed in with a half-hearted note of support for Ailes, "The Company has seen the allegations against Mr. Ailes and Mr. Doocy. We take these matters seriously. While we have full confidence in Mr. Ailes and Mr. Doocy, who have served the company brilliantly for over two decades, we have commenced an internal review of the matter." 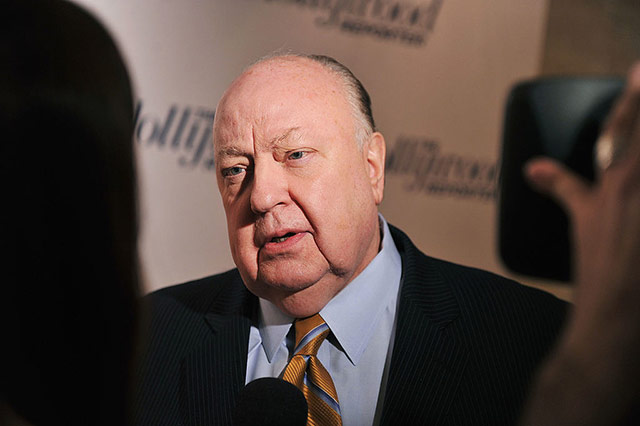 Ailes got an outside counsel and sent a statement, vigorously denying the allegations, saying that Carlson was fired for being a low-performer. But Politico has published an account of how Ailes and Fox News were caught off guard by Carlson's legal and PR onslaught—while Fox is trying to portray her lawyers Nancy Erika Smith and Martin Hyman as "ambulance chasers," even rival lawyers say they are reputable:

In fact, in the early days of this event, which has transfixed close watchers of Ailes’ media empire and fans of the network, it is Fox News that looks like it has been hit. And this highly successful roll-out of Carlson’s case was the work of professionals who, while they may not be boldfaced names you know from other celebrity lawsuits (think Gloria Allred), are certainly not ambulance-chasers.

People familiar with the work of the Montclair law firm of Smith Mullin say the firm is well recognized for its successes against powerful entities on behalf of employees. And their wisdom in joining forces with an ace media firm specializing in handling the press around high profile cases speaks to their understanding that this case would be much more than an opportunity for a big payday.

"First of all, they're not a personal injury firm," said a New Jersey employment law attorney who knows the firm's lawyers professionally but was not authorized by his own firm to speak about competitors. "They're one of the most prominent, if not the most prominent employment law firm in New Jersey. They've made law. They've gotten tremendous results. [Carlson] used a firm that is well respected and competent, which tells me there is merit to her allegations."

Claudia Reis, president of the New Jersey chapter of the National Employment Lawyers Association and a partner in the firm Lenzo & Reis, called the Fox statement "unjustified," noting that she normally wouldn't be inclined to say glowing things about a competitor in the press.

"If Fox is painting them that way, there could not be a more inaccurate description," Reis told POLITICO. "If they think she's an ambulance chaser or is just making things up for the purposes of getting some advantage in the press, they are sorely mistaken and are going to be very surprised."

Reis said that Smith's firm would have made sure Carlson's claims had merit: "They have determined she's telling the truth and that there's merit to the allegations. [Smith and Mullin] are not the kind of attorneys who would bring a suit they weren't confident in."

Smith has said numerous women have contacted her firm about Ailes's allegedly disgusting treatment. She called him "the Bill Cosby of media" and by Saturday, six women described awful interactions with Ailes to New York magazine, recounting how he'd say things like, "Well, you might have to give a blow job every once in a while" and asked one to kiss his genitals ("They were red, like raw hamburger"). Ailes's lawyer claimed the statements were false, to which Smith and Hyman said, "[W]ithout any investigation, within 3 hours, [Ailes's lawyer] claimed that the allegations are false. How does he know that?"

Smith and Hyman added, "Women have the right to speak out—whether Ailes likes it or not—even about trauma they endured years ago and that haunts them to this day."

Some female Fox News personalities, including Maria Bartiromo and Greta van Susteren, have spoken out in support of Ailes. However, it's notable that Megyn Kelly, who is one of the network's top stars, hasn't said anything yet.

#bill cosby of media
#gretchen carlson
#roger ailes
#sexual harassment
Do you know the scoop? Comment below or Send us a Tip