Earlier this week, lawyers for disgraced former Fox News CEO Roger Ailes contacted the Daily Beast's Lloyd Grove to smear New York Magazine's Gabriel Sherman, because Sherman had been working on a(nother) damning story about Ailes. That story has now been published: "The Revenge of Roger’s Angels: How Fox News women took down the most powerful, and predatory, man in media."

Ailes was ousted from the cable news channel he founded after former Fox News personality Gretchen Carlson sued him, accusing him of sexually harassing her and retaliating against her complaints about the toxic atmosphere by demoting and eventually firing her. Other women stepped forward to tell their tales of Ailes' allegedly disturbing behavior, including accusations of "psychological torture" and how Fox News employees enabled Ailes to act this way, like demanding that female TV personalities "twirl" for him to show off their bodies. 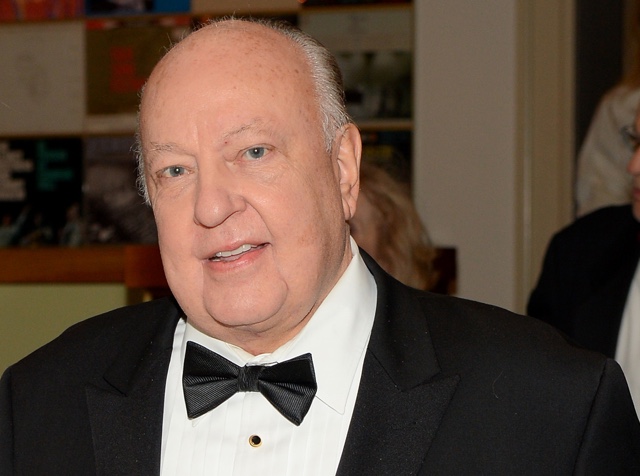 Sherman details how Carlson's decision to fight back started two years ago:

Taking on Ailes was dangerous, but Carlson was determined to fight back. She settled on a simple strategy: She would turn the tables on his surveillance. Beginning in 2014, according to a person familiar with the lawsuit, Carlson brought her iPhone to meetings in Ailes’s office and secretly recorded him saying the kinds of things he’d been saying to her all along. “I think you and I should have had a sexual relationship a long time ago, and then you’d be good and better and I’d be good and better. Sometimes problems are easier to solve” that way, he said in one conversation. “I’m sure you can do sweet nothings when you want to,” he said another time.

After more than a year of taping, she had captured numerous incidents of sexual harassment. Carlson’s husband, sports agent Casey Close, put her in touch with his lawyer Martin Hyman, who introduced her to employment attorney Nancy Erika Smith. Smith had won a sexual-harassment settlement in 2008 for a woman who sued former New Jersey acting governor Donald DiFranceso. “I hate bullies,” Smith told me. “I became a lawyer to fight bullies.”

Originally Carlson's legal team was going to file a suit against in September, but when she was fired on June 23rd, "the day her contract expired," Smith then "raced to get the suit ready. Over the Fourth of July weekend, Smith instructed an IT technician to install software on her firm’s network and Carlson’s electronic devices to prevent the use of spyware by Fox. 'We didn’t want to be hacked,' Smith said. They filed their lawsuit on July 6th."

Fox News' parent company, 21st Century Fox, started an internal investigation as well, and apparently network star Megyn Kelly relayed her stories of Ailes' inappropriateness and also asked other Fox News colleagues to come forward. Sherman writes, "Ailes was furious with Kelly for not defending him publicly. According to a Fox source, Ailes’s wife Elizabeth wanted Fox PR to release racy photos of Kelly published years ago in GQ as a way of discrediting her. The PR department, in this instance, refused. "

Carlson is reportedly close to an eight-figure settlement. As for Ailes, well, he's apparently working with Donald Trump on his campaign/soft launch of his own (dog-whistle) network.

#fox news
#gretchen carlson
#roger ailes
Do you know the scoop? Comment below or Send us a Tip