A husband and wife duo from Greenwich, Connecticut have been indicted as the operators of a massive oxycodone ring that operated out of small storefront pharmacies in Brooklyn and Queens, and allegedly moved more than 500,000 pills—worth between $10 and $15 million—over the course of five years.

The couple allegedly filled more than a thousand fake prescriptions, many of which were made out to luxury brands like "Coach" and "Chanel." Their $3 million Greenwich home was purchased with the proceeds. The couple also leased a $100,000 Land Rover and a $45,000 Porsche.

"The defendants and pharmacies charged today allegedly were part of one the largest opioid painkiller diversion schemes ever uncovered in New York," said US Attorney Preet Bharara in a statement.

According to the US District Attorney's office, 35-year-old Marcin Jakacki and his wife Lilian, 49, were arrested on Wednesday and charged with conspiracy to distribute narcotics, as well as laundering the proceeds from their pill sales. Lilian was also charged with conspiracy to misbrand prescription drugs, and defrauding Medicare of more than $750,000 in reimbursements for pills that she never actually dispensed. Each of these charges has a maximum 20-year sentence. 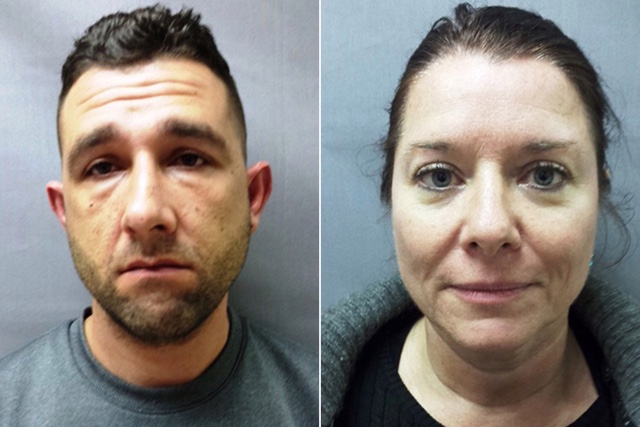 The couple's biggest buyer, 30-year-old Robert Cybulski, was also arrested this week. He allegedly bought tens of thousands of pills over the course of the five-year operation, 500 at a time. Pills that he bought for $2 a pop had a street value of about $30.

The indictment details that Lilian was the owner of Chopin Chemists, a pharmacy in Ridgewood, as well as Chopin Chemists Brooklyn in Greenpoint. Chopin closed in 2014, and reopened under the name Sedona, with the same ownership. The pharmacy was allegedly the largest purchaser of oxy pills in its zip code from 2010 to 2012.

In the weeks leading up to his arrest, Marcin sold 700 oxy pills to an undercover DA agent in Queens. He and his wife are currently being held on $1 million bonds, while Cybulski was released on $100,000.

Lilian faces a maximum sentence of 85 years in prison, while her husband faces 60.

#drug mill
#greenpoint
#oxy
#oxycodone
#pills
#ridgewood
Do you know the scoop? Comment below or Send us a Tip