Grand Theft Auto IV Arrives, to the Delight and Dismay 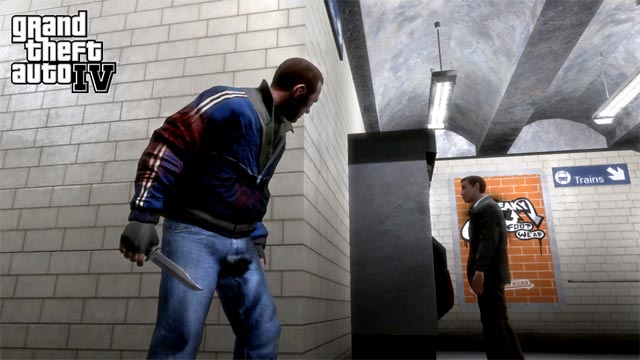 As many gamers play hooky so they can play Grand Theft Auto IV, critics of the video game are voicing their concerns. City Councilman Peter Vallone Jr., who spoke out against the violent game that's set in NYC doppelganger Liberty City last year, told WCBS 2, "This game plays to old stereotypes about New York City. Today we're the safest big city in America, with the best police force. This game, if it was actually based in reality would have two levels: steal a car, go to jail."

And Tatyana Timoshenko, the mother of a police officer shot during a traffic stop, told the Daily News, "For some people, it's a game. But for me, it's not funny. It was for real. It was my son. This game teaches children to kill, then they wonder where criminals come from."

But fans of the series who have been looking forward to the Liberty City edition think it's pretty fun--the Daily Show even did a segment from Liberty City. Here's a NYC vs. Liberty City guide and a look at landmarks in Liberty City--and Serious Eats' Ed Levine compares Liberty City restaurants with the real NYC ones.