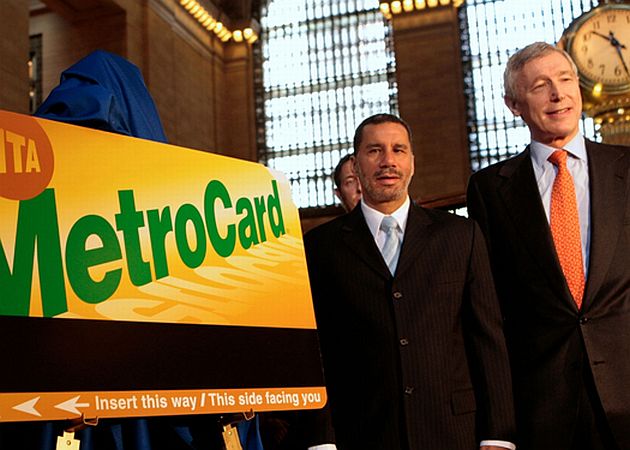 The MTA will observe Earth Day (April 22nd) by stocking MetroCard vending machines with five million limited-edition green MetroCards. The cards aren’t “green” in the eco-friendly sense – they’re still not made from recycled material – they’re just, you know, green colored. So they’ve got that going for them. Oh, and some environmental factoids will be printed on the back.

Governor David Paterson joined MTA officials at Grand Central Terminal yesterday morning for a press conference announcing the festive new MetroCards, as well as some renewable energy initiatives that will go into effect over the next few years.

It’s a baby step in the right direction, but compared to the ambitious goals of Bloomberg’s foundered congestion pricing plan, one can’t help but feel a little underwhelmed. (Hizzoner was conspicuously absent from yesterday’s event.) Still, the promise of "utilizing water" in the subway is exciting – could a hybrid L flume line be on the horizon?