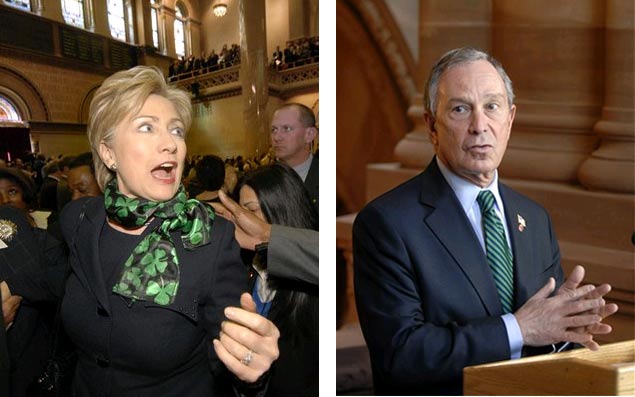 Photograph of Hillary Clinton by HansPennink/AP, photograph of Michael Bloomberg by Tim Roske/AP

If it's St. Patrick's Day, it's time for politicians to break out green accessories! At Governor Paterson's swearing-in, Senator Hillary Clinton wore a green shamrock scarf while Mayor Michael Bloomberg wore a green striped tie. It's unclear what kind of socks the Mayor was wearing, but he usually coordinates for March 17 by wearing green socks.