Gothamist Guide: How To Really Get An NYPD Press Pass

Gothamist had to work tirelessly for nearly eight years to obtain official NYPD-issued press credentials. During that time, we learned a few things that might come in handy if you have to go through the process. The NYPD has asked us for feedback about clarifying some of these issues on the official press pass application form—if and when we finish that process with them, we'll update this post.

1. Who This Guide is For

Not everyone needs an NYPD press pass. It's really only useful for two things: getting into official city press conferences and crossing police and fire lines at emergencies (not that you'll be able to duck under them all CSI-like but most cops and firefighters will respect your presence at the scene). They can also help you avoid arrest while covering political demonstrations, but not always. For private events, you can usually get in by emailing the PR people in charge of the event, and in any case, private events are not required to (and probably will not) respect an NYPD press pass. As we were repeatedly reminded during the application process, the pass is not supposed to be used to get you and your kid into Madison Square Garden for a Miley Cyrus gig (apparently people have done this).

If you work for a mainstream outlet, like a newspaper, radio, or television station, you can stop reading right now. Your boss has no doubt processed dozens of press pass candidates through DCPI, and will have no trouble getting you a pass. This seems to apply to any old media outlet, no matter how small, so if you write the produce column for your food co-op newsletter, you're gold. The folks who should be reading at this point are new media journalists: independent practitioners and people who work for web-only outlets. Fear not, you blog-stained wretches, this guide is for you.

You can get a copy of the application from the NYPD site. Before you even begin filling it out, you should call DCPI (646-610-6700) and ask for an appointment to bring it in. If you are like us, they'll tell you to email the detective who is in charge of those appointments, who will eventually get back to you with a time to bring the application in. This process is supposed to take about 3-4 weeks- but our experience is that just getting the first appointment will take that long (if not longer), and then the NYPD will take up to six weeks to tell you whether or not you've been approved. So plan for this to take at least three months—five months to be safe.

The application asks for six clips within the last 24 months, in two categories. DO NOT submit just six. Eight would be safer, but ten is a better goal. If you submit six, any disagreement on the part of DCPI will get the ENTIRE application bounced and you'll be back where you started. We'll cover the two types of clips separately:

This is the easiest way to get clips. You'll want to go to press conferences thrown by the Mayor's Office or by one of the 51 city council people. This is generally pretty straightforward. Since you do not have a press pass, you'll want to look for events being held in public places (the steps of City Hall are great, because they'll let anyone in). More secure locations, like inside of City Hall, will require negotiation with the press secretaries, who are generally willing to provide access with plenty of notice prior to the event in question.

After you write up your article, print it out in full (beware of just hitting "print"—DCPI will ask you for a complete copy of the web page as it appears online, which means using a program like Paparazzi to get a good screenshot.) Also attach a copy of the invite or press release for the event (on official letterhead.) If it's not clear from your article that you reported it in person, add a note on the printed article saying you were there in person. Put together a little packet like this for each article.

Beware of "city events" from agencies that aren't controlled directly by the Mayor or City Council. A number of our clips were rejected because they were from State agencies like the MTA or Port Authority, or agencies like the LMDC, which are largely controlled by the mayor but are not official agencies. Stick to the agencies near the top of this helpful diagram, or to City Council members. Even our lawyer, who drafted the current rules, wasn't sure if Borough Presidents would qualify, so don't get too creative.

b) "Emergency, spot, or breaking news events and/or public events of a non-emergency nature, where police, fire lines, or other restrictions, limitations, or barriers established by the City of New York have been set up for security or crowd control purposes, within the City of New York."

The easiest clip to get here is a parade. St. Patrick's Day, Super Bowl Victory, Thanksgiving Day, Halloween, etc. Take some pictures from outside the barriers, interview a few people, and you're good. The bigger and more official sanctioned the event, the less room they have to reject you. And they will reject you if there is any room to argue. For instance, take a street demonstration. Yes, there might have been police present, but were there "police lines" set up? Probably, but unless you have a picture of the actual barriers (police yellow tape or those steel barriers), DCPI will argue that lines were not in place and will reject the clip. The same goes for spot news (accidents, disasters) unless you have a picture of the actual police lines with a police officer standing in front of those lines, you're going to be out of luck.

Helpful example: two of the clips that they rejected for us were photo essays taken at Ground Zero. Yes, they admitted barriers were in place, but argued they were set up by The Port Authority. They admitted there were NYPD officers there, but said they weren't "officially detailed" to the gates—you get the picture. Assume that any clips in this category will be treated with extreme skepticism, and add as much supporting documentation as possible. At the very least, this should include a brief note swearing that you were actually at the event in person, and describing in detail the barriers that were present. Even better would be a map of the barriers, showing where the lines were and where you reported from. 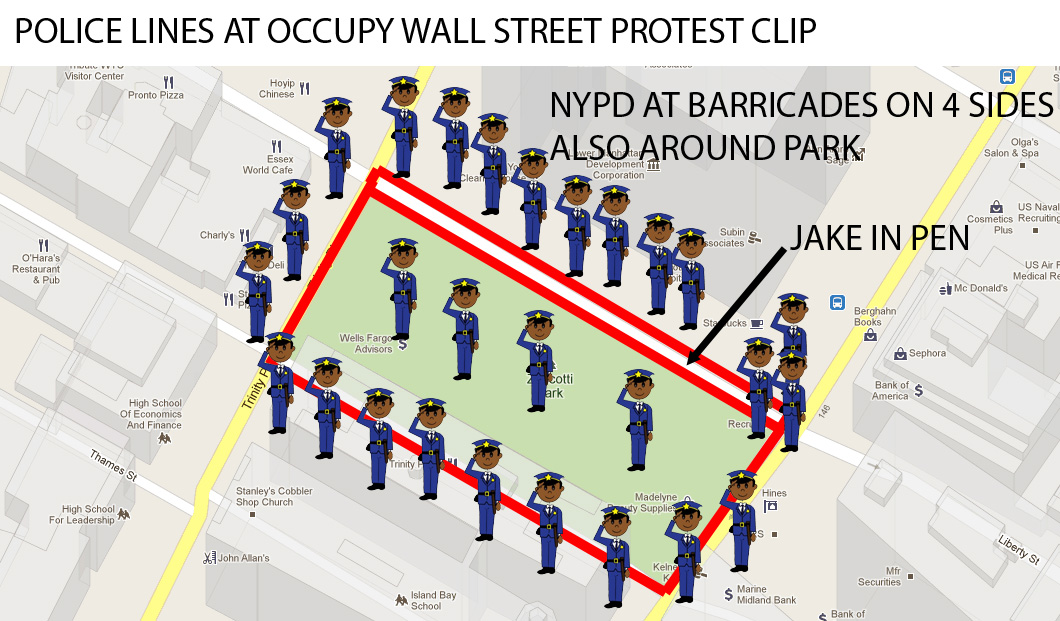 At your designated appointment, you should plan on arriving at least 15 minutes early at 1 Police Plaza. It will take you that long to get through security and get upstairs to the 13th Floor. The Detective in charge will take your application packet (which should include the application and the supporting documentation we've mentioned) and ask you a couple of questions. The Detective will also take your picture. Then you will leave, and wait up to 45 days for a decision. If you are approved, you will have to go back in person to get your press pass. The Detective will make you sign a form attesting to knowledge of the press pass rules, and will ask you to sign the official Press Pass book. You will then get your press pass, and you will be told to get a heavier chain for it, because the ones they give out tend to snap. Then you will leave.

Unfortunately, as it now stands, you will be returning quite soon. The press passes are supposed to be good for two years—but the police are currently interpreting that to mean that all press passes given since the new rules (January 15th, 2011) will expire on the same day (January 15th, 2013). We're currently working with our lawyer to see if this can be amended, but if not, you will have to complete an entirely new application before 1/15/2013. It's unclear whether you can use the same clips as on your old application, even if they are still within the 24 month window. Stay tuned for an answer on that.

If, as in our case, you are rejected, you can request an appeal. It is a good idea to bring a lawyer to this appeal, preferably someone with good experience in First Amendment law and an understanding of the current rules. Our lawyer was Norman Siegel, who hammered out these rules with the NYPD after the last court case in 2009. At your appeal, you will meet with the head of DCPI (currently Deputy Inspector Kim Royster) the Detective in charge of applications, currently Detective Gina Sarubbi, and an NYPD lawyer. They will use even the smallest ambiguity in your clips to reject them, so be prepared to defend your clips with a very detailed argument for why they fit in the current rules. Better yet, bring several new clips to the appeal. This way, even if they refuse to accept any of the rejected ones you won't have to complete an entirely new application. Our success rate on the appeal was about 50%, as in they accepted about half of the clips they had previously rejected.

Be humble and polite to the Detective in charge of applications and everyone at DCPI. They have a heavy workload, and they have to deal with plenty of people who do not pay them the proper amount of respect. The system might not be fair to new media journalists, but that is not an argument to have with them. They are simply following the rules they were given. Save your self-righteousness for your fellow journalists and your lawyer, they'll be more sympathetic.

We'll be keeping an eye on the press pass process for the foreseeable future, and we'd like to know if following these tips helped get your application through. If you got rejected, do let us know. Good luck!

#dcpi
#first amendment
#helpful advice
#nypd
#press pass
Do you know the scoop? Comment below or Send us a Tip
A new Gothamist is coming! We’ve moved comments over to our beta site. Click here to join the conversation and get a preview of our new website.