Gotbaum's Family Grieves As Debate Over Her Death Continues 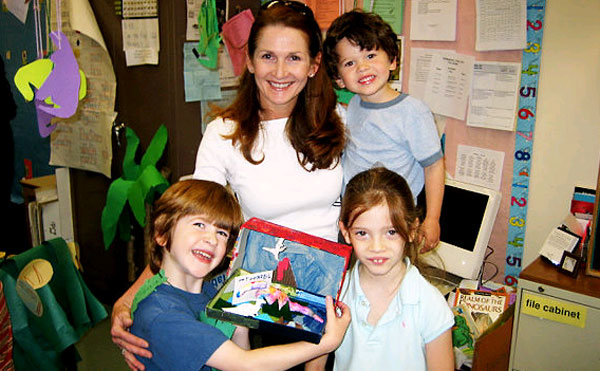 The Daily News and NY Times both look at the life of Carol Anne Gotbaum, the New Yorker who died while in police custody at Phoenix's Sky Harbor airport over a week ago. She is portrayed as a vibrant woman and loving mother to three children who had become depressed in recent years.

On Friday, September 28, Gotbaum missed a connection to Tucson (where she would check into alcohol rehabilitation) and become very upset at airline staff, screaming and allegedly throwing her Blackberry. The police arrested her and escorted her to a detainment area. She was found, not breathing, in the holding cell, with the chain of her shackles around her neck (the preliminary cause of death was strangulation), perhaps in an attempt to escape. The police are investigating her death, and her family believes she may have been manhandled, hiring a lawyer and an independent pathologist to find answers.

The Daily News spoke to family and friends about Gotbaum, who was described as "gregarious," "fun," someone you "wanted to sit next to" at a party, and "extraordinarily devoted" to her children. The News, as well as the NY Times' extensive article, note the milestones of her personal history: She met her husband Noah, son of labor leader Victor Gotbaum and stepson of Public Advocate Betsy Gotbaum, in London, where they lived and where she worked as a buyer at a high-end British department store (she had grown up in South Africa and had an MBA). In 2002, they moved to NYC, partly to be closer to his parents and partly because Noah would open up a NYC office for his employer.

Gotbaum became a stay-at-home mom and had suffered from postpartum depression after the birth of her third child. Her husband traveled a lot. Betsy Gotbaum told the Times, "She missed working. We talked about it a lot. Noah was flying to Denver every Sunday night, leaving Carol with the children, and coming back late in the week. Noah has always been a very involved parent, and Carol loved it too, but the routine was exhausting for her.” The Times reports that a year ago, Noah Gotbaum had found his wife passed out drunk in their home, in what "family members later came to refer to as a possible suicide attempt," and participated in therapy at St. Luke's. Additionally, Gotbaum had been feeling unsettled - her father's recent death, issues with where they lived.

The police released surveillance videos and a report on Thursday. Some reports mentioned that Noah Gotbaum had called the airport switchboard on September 28 to let them know his wife was "alcohol abusive" and "suicidal" while security was dealing with his wife but the Phoenix police say his repeated calls came after she died. From the Arizona Republic:

On Friday, police Sgt. Andy Hill said that some media reports suggested that Noah's calls had come before his wife's arrest and death.

"This is not true," Hill said.

On Friday, investigators reviewed every call made at the airport Sept. 28 between noon and 4:39 p.m., when Noah's first call came in, Hill said.

The officers who arrested Carol did not know her identity, Hill said....

...Records show that Noah also called US Airways representatives in an effort to get more information about what had happened to his wife.

It was unclear whether he made those calls before or after he called Sky Harbor.

A review of the police report shows that the major events leading to Carol's death took place within half an hour.

She had been left alone for six to eight minutes, police said. Carol was pronounced dead at 3:29 p.m.

Noah Gotbaum claimed his wife's body on Thursday. Yesterday, he told reporters in NYC, "Please can you let us just grieve this weekend, please."

Gotbaum was originally scheduled to fly to Tucson on a direct flight, but took a later flight with connection in Phoenix in order to say goodbye to her children. She was traveling alone and police believe she was drinking at an airport bar in Phoenix and missed hearing about the Tucson flight. According to the News, Noah Gotbaum, who knew his wife was upset about missing the flight, called family friends David and Christine Watson to pick her up and drive her to Tucson. David Watson said, "I think we're all wondering why she was flying alone. But she shouldn't have died." Another friend said Gotbaum didn't think she needed a "baby-sitter" to take her to rehab.

The Daily News has a slideshow of photographs of Gotbaum with her family.