One block in the Bensonhurst section of Brooklyn has been dubbed "drug section" within Google Maps, a Redditor has discovered. But how did West 8th Street between Bay Parkway and Avenue O become labeled as such?

Data found in Google Maps can come from a wide range of sources. Their basemap data (this includes place names, borders, and road networks) comes from a combination of third party providers, public sources, and user contributions. Anyone can suggest an update to the map, or report a problem on a map. There is also a tool called Map Maker that lets locals contribute their local knowledge directly. Sometimes the map algorithms rename a neighborhood RAMBO, other times it's simply the "Drug Section." 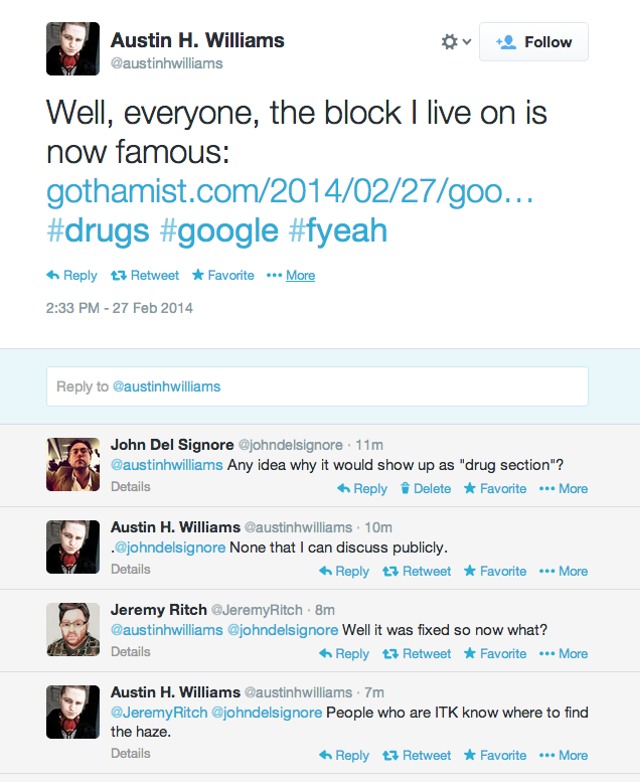 We pointed this out to Google and a spokesperson told us: "Thanks for bringing this to our attention. We're aware of the issue and are working to fix it."

UPDATE: It's fixed, and now we don't know where to get the drugs.

#bensonhurst
#drug section
#google maps
Do you know the scoop? Comment below or Send us a Tip