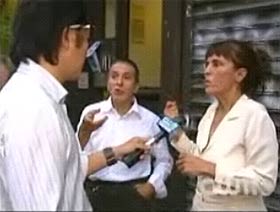 Thank goodness for good neighbors! There's a fascinating story behind the arrest of Asuncion DeJesus-Garcia, who is suspected of at least three sexual assaults in the Lower East Side and East Village. It turns out that the two people who noticed him on Wednesday actually recognized him because they helped stop the July 13 attack on East 12th Street!

Fifty-three-year-old Marina Hartell and her boyfriend, 55-year-old Pedro Zevallos, who work in a neighborhood deli, had been in their van on July 13 when they heard a scream from a building. They saw a man choking the woman; Hartell told the Daily News, "He had his arm around her neck and her dress was above her head and her arm was bleeding badly." Zevallos used a bar to break a window and enter the building, but the attacker got away. 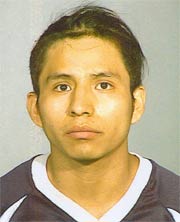 Yesterday, when the couple was going to get ice cream during a break, they saw DeJesus sitting at Avenue A and East 12th Street and confronted him. Zevallos told CW 11's News at Ten that DeJesus attacked him and tried to get away, but Hartell borrowed a phone from a stranger to call 911. Hartell said, "I recognized him right away: his teeth, his yellow eyes."

DeJesus had worked as a dishwasher at a restaurant on First Avenue and 11th Street, but his father said he recently lost the job. From the Post: "Authorities said Asuncion DeJesus would finish work early in the morning and roam the East Village on his bicycle looking for victims."

You can see the CW 11 News at Ten segment by looking for the news video "Suspected Sexual Predator Off The Streets" (if you have Windows Media Player, you can try this direct link).