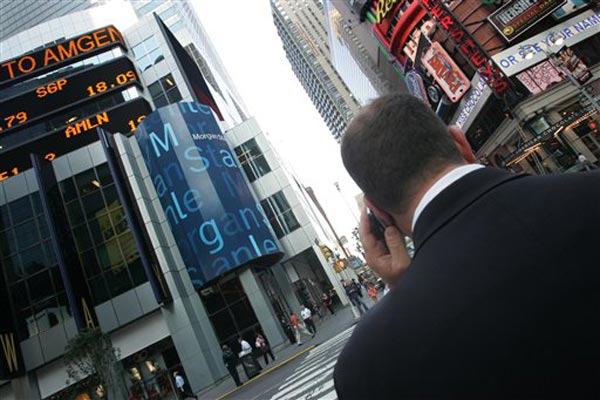 It was a blunt acknowledgment that their model of finance and investing had become too risky and that they needed the cushion of bank deposits that had kept big commercial banks like Bank of America and JPMorgan Chase relatively safe amid the recent turmoil.

It also is a turning point for the high-rolling culture of Wall Street, with its seven-figure bonuses and lavish perks for even midlevel executives. It effectively returns Wall Street to the way it was structured before Congress passed a law during the Great Depression separating investment banking from commercial banking, known as the Glass-Steagall Act.

And in other financial news:

#bailout
#Bush administration
#economy
#goldman sachs
#morgan stanley
#wall street
Do you know the scoop? Comment below or Send us a Tip