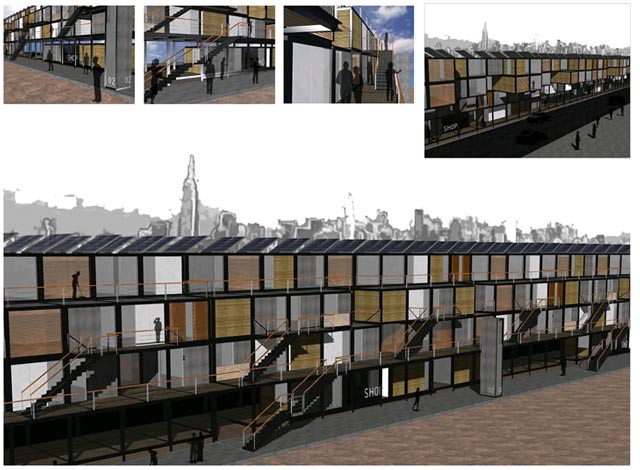 Mayor Bloomberg and the New York City Office of Emergency Management have announced 10 winners in the contest to design temporary housing for the thousands of New Yorkers who might be displaced in the event of a catastrophe, like a direct hit from a Category 3 hurricane. The 117 submissions from 30 countries had to create quickly assembled housing for 38,000 families from Prospect Shore, a fictional neighborhood set along a mile of the New York City coastline.

Called the “What If New York City…” competition, the 10 winners used various imaginative methods to grapple with the problem of New York’s high population density and lack of space, which would make expansive, FEMA-built trailer parks untenable. (Here’s a fun 20-page pdf report on the winners.) Most of the designs use modified shipping containers as a starting point, and several of the winners solved the problem of limited real estate by setting their emergency housing units afloat on the East River, seemingly confident that no other storms would follow in the wake of a hurricane. Some of the other standouts:

The ten winners each get $10,000 to spend on further development of their designs; ten honorable mentions receive $500. After the development period, one or more of the winners may be selected for prototype construction. At the press conference announcing the winners, Bloomberg crowed, “I think we really are the only city of any size that I know of that's really tried to do something about this and address the issue before we need it, not when we need it.”

Yet something seems a tad askew. Can Bloomberg really pat himself on the back for forward thinking on catastrophic climate change, when he and former deputy mayor Dan Doctoroff have been so eager to rezone the Brooklyn waterfront to accommodate massive condos? As Wayne Barrett pointed out in his provocative Village Voice article, a lot of the new construction being encouraged by the administration is within the food plains and evacuation zones designated by the city’s own Office of Emergency Management.

See more of the winning designs after the jump, and take another look at some scientists’ grim vision of New York's “not if but when” waterworld. 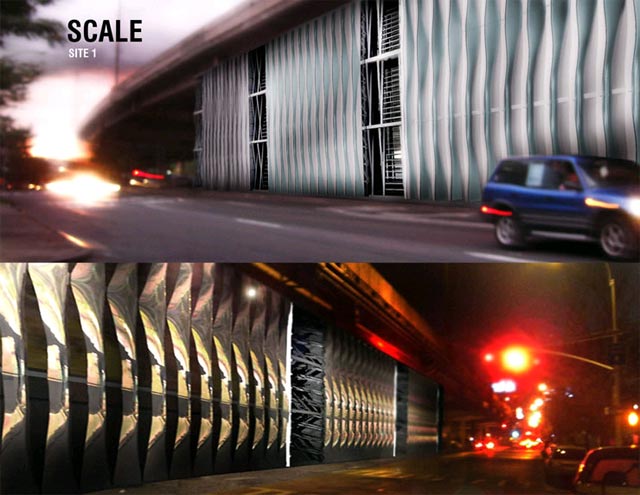 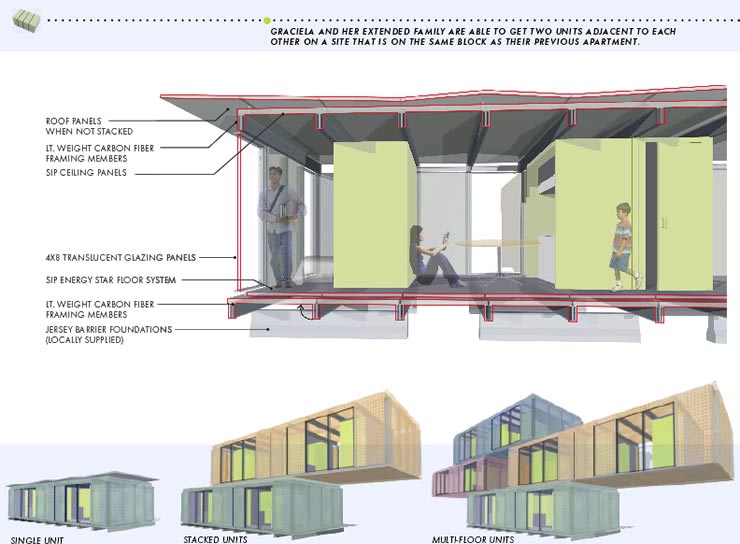