Giants Try Their Best, But Are Unable to Stop Perfect Pats 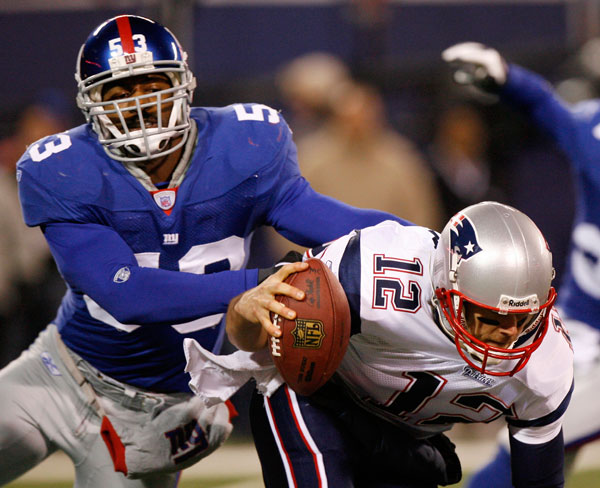 If there is such a thing as a good loss the Giants earned it when they lost 38-35 to the Patriots last night. History will remember the Patriots 16-0 mark, but unfortunately it will forget that in a meaningless game on a Saturday night they faced their toughest challenge.

Eli Manning finally looked like a #1 draft choice and the Giants built a 28-16 lead early in the third quarter. But, New England rallied back in part because of a 65-yard bomb to Randy Moss and took a 38-28 lead. The Giants added a late touchdown, but they could not recover the onside kick and New England escaped with the win.

The question is, was it worth it? The Giants will get points for character, but they suffered a number of significant injuries. Kawika Mitchell and Shaun O’Hara went down with sprained knees and Sam Madison suffered an abdominal strain. If they don’t play next weekend in Tampa Tom Coughlin will face a bevy of questions about why he went all-out in a meaningless game, but for now the Giants will focus on the positives as they get ready for the playoffs.

Photo of Reggie Torbor and Tom Brady by AP/Kathy Willens