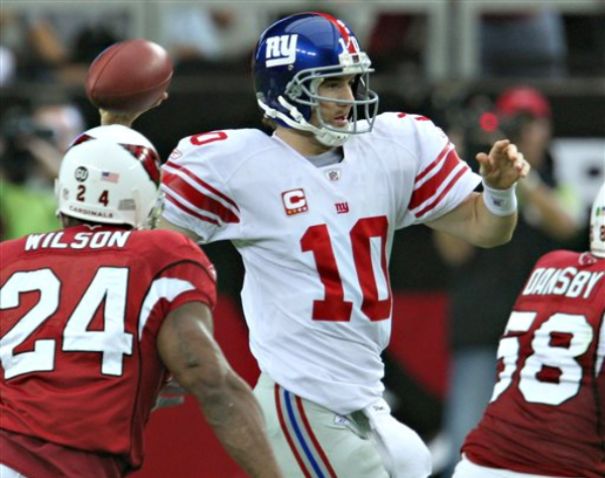 The Giants have some major injury concerns heading into Sunday’s game in Washington. Both Brandon Jacobs and Ahmad Bradshaw are listed as questionable, leaving the fate of the running game up in the air. Fred Robbins, a mainstay on the defensive line, has not practiced all week and is also listed as questionable. Plaxico Burress is going to miss the game as well with a hamstring injury and a gunshot wound to the leg. The injuries are a big concern because Washington has a great running attack and their defense is much better against the pass than the run.

Derek Ward and Eli Manning will have to shoulder the load on offense assuming that “Earth” and “Wind” are unable to play, but they should be enough to get the win. Expect a hard-fought game, but the Giants should prevail in the end.