Giants Look To Get Back On Track 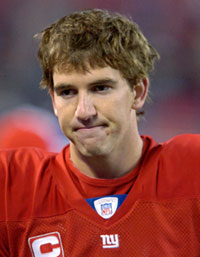 Have the Giants shaken off last week’s debacle? That’s the question as they head to Detroit to face the 6-3 Lions. The Lions are one of the surprises of the season as Jon Kitna has revitalized his career and leads a very good passing attack with four receivers who are capable of getting into the end zone.

Teams that throw the ball well have given the Giants fits this year and New York may be without Antonio Pierce, but Detroit has some weaknesses. First, they have allowed 40 sacks this season, something the Giants pass rush should be able to exploit. Second, their pass defense is one of the worst in the league, something Eli, Plaxico and Jeremy should be able to exploit.

Detroit will also have to guard against looking ahead to their Thanksgiving showdown with Green Bay. Add it all up and expect the points to pile up, but the Giants to walk away with the victory.

#Antonio Pierce
#antoniopierce
#Bill Kostroun
#detroit
#Eli Manning
#football
#giants
#green
#green bay
#jon kitna
#new york
#news
#sports
#thanksgiving
#The Lions
Do you know the scoop? Comment below or Send us a Tip
A new Gothamist is coming! We’ve moved comments over to our beta site. Click here to join the conversation and get a preview of our new website.