As we've shown time and time again, bike lanes are a favorite resting place for cop cars. It's true that they spend some time patrolling the streets, but reams of evidence reveal that when it's time to take a break, there's no better spot than a nice, cozy bike lane in which to curl up and take a load off. 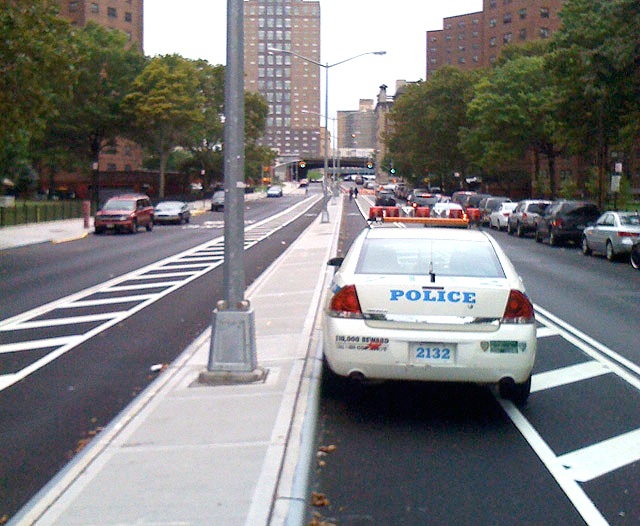 It may not be as adorable as sleeping fox pups, but a new Tumblr, Cops in Bike Lanes, showcases an epidemic we've been kvetching about for years. The irony, of course, is that if you ride around the patrol car, you'll get a ticket. This is great, if you're a cop—like shooting bicycle-riding fish in a bicycle barrel.

But look, we're not heartless. We understand the need for Emergency Papa John's and Emergency Leisurely Chats With Construction Workers. Still, seeing all these instances of crappy cop behavior compiled into one place really can make the blood boil.

Sadly, the mere presence of a Tumblr probably won't be enough to curb the deeply ingrained cops-in-bike-lane habit. Where are those cranky note-writers when you actually need them?

#bike lanes
#cops
#cops in the bike lane
Do you know the scoop? Comment below or Send us a Tip