Get Ready for the "Broadway Boulevard" 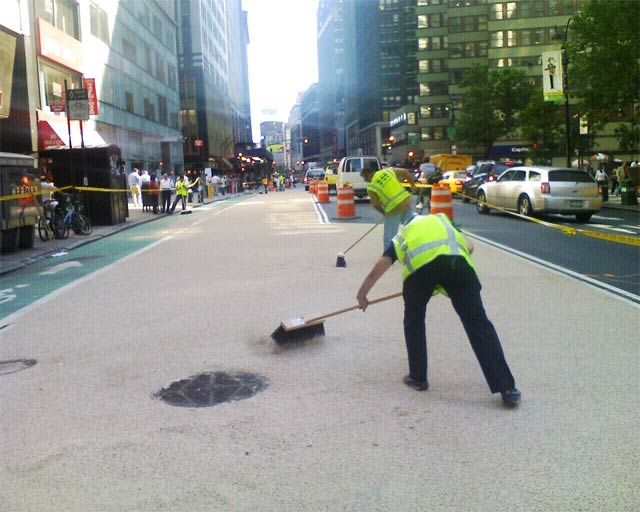 Work is well underway with the Department of Transportation plan to narrow Broadway in midtown Between 42nd Street and Herald Square, four lanes of Broadway will go down to two lanes--and a bicycle lane and pedestrian walkway, complete with seating, tables, umbrellas and flower-filled planters, will emerge by August 15. Reader carolita took this photograph of workers dusting off the pebbles on the esplanade-- exciting!

Our theory is that if he can't have congestion pricing, the Mayor will put public plazas anywhere possible to force some sort of traffic calming. You can contact the DOT to suggest unused street space for a public plaza program.

#broadway
#Broadway Boulevard
#department of transportation
#public plaza
#seating
#traffic calming
Do you know the scoop? Comment below or Send us a Tip