If there's one place where Geraldo Rivera knew he could solidify his stupidity, it's Fox & Friends. The mustachioed reporter appeared on the Fox News program to offer his thoughts on the death of Trayvon Martin, "I believe that George Zimmerman, the overzealous neighborhood watch captain should be investigated to the fullest extent of the law and if he is criminally liable, he should be prosecuted" BUT Rivera continued, "I think [Martin's] hoodie is as much responsible for Trayvon Martin's death as George Zimmerman was."

Last month, Martin, a black 17-year-old, was walking through a Sanford, Florida gated townhouse community—to his father's girlfriend's home—when he was fatally shot by the captain of the volunteer neighborhood watch. While George Zimmerman called the police to say, "There's a real suspicious guy. This guy looks like he's up to no good or he's on drugs or something," and was told he didn't need to follow the teen, Martin ended up dead. And the teen, who was wearing his hoodie up (it was raining), was unarmed and just carrying Skittles and iced tea.

Zimmerman was never arrested, claiming self-defense, but after weeks of criticism from Martin's family and their supporters, and the recent release of 911 tapes, the Justice Department has started an investigation, but it's unclear if charges will be possible, given Florida's "Stand Your Ground" law that allows people essentially a free license to shoot others if they feel threatened. Still, 911 tapes suggest that Zimmerman may have said, "f**ing coons," while following Martin. Other neighbors say that Zimmerman told them previously to be on the watch for suspicious black people.

Here's the rest of Rivera's anti-hoodie exchange, via Media Matters:

RIVERA: When you, when you see a kid walking -- Juliet -- when you see a kid walking down the street, particularly a dark skinned kid like my son Cruz, who I constantly yelled at when he was going out wearing a damn hoodie or those pants around his ankles. Take that hood off, people look at you and they -- what do they think? What's the instant identification, what's the instant association?

RIVERA: It's those crime scene surveillance tapes. Every time you see someone sticking up a 7-11, the kid is wearing a hoodie. Every time you see a mugging on a surveillance camera or they get the old lady in the alcove, it's a kid wearing a hoodie. You have to recognize that this whole stylizing yourself as a gangsta, you're gonna be a gangsta wannabe? Well, people are going to perceive you as a menace. That's what happens. It is an instant reflexive action. Remember Juan Williams, our colleague? Our brilliant colleague? He got in trouble with NPR because he said Muslims in formal garb at the airport conjure a certain reaction in him or response in him? That's an automatic reflex. Juan wasn't defending it. He was explaining that that's what happens when he sees these particular people in that particular place.

When you see a black or Latino youngster, particularly on the street, you walk to the other side of the street. You try to avoid that confrontation. Trayvon Martin's you know, god bless him, he's an innocent kid, a wonderful kid, a box of Skittles in his hand. He didn't deserve to die. But I'll bet you money, if he didn't have that hoodie on, that -- that nutty neighborhood watch guy wouldn't have responded in that violent and aggressive way.

DOOCY: What about the fact that -- I mean, the people of New York, a couple of nights ago, they had a "Million Hoodie March." You're not helping. 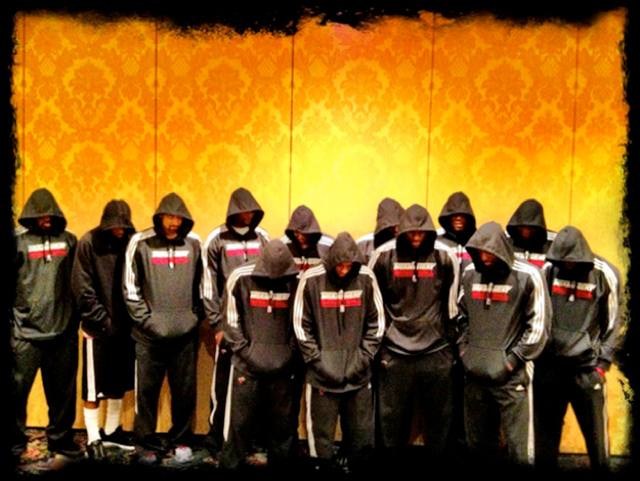 This morning, President Obama spoke out about the shooting, "When I think about this boy, I think about my own kids. f I had a son, he'd look like Trayvon." He also said there must be a full investigation. The Sanford police chief temporarily stepped down yesterday, after bungling the incident.