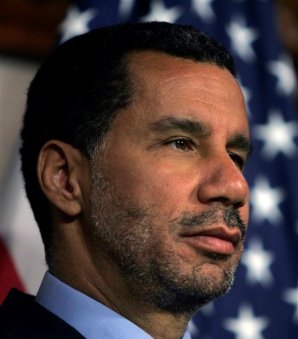 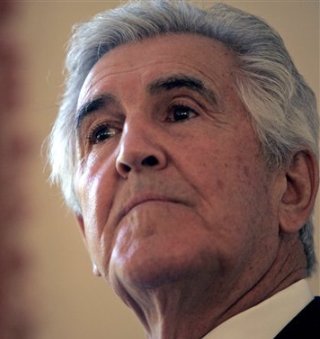 When Governor Paterson says things like “People who live together for a long time would like to be married — as far as I’m concerned, I think it’s beautiful,” don’t you just want to give him a big hug and buy him an ice cold Schmitt’s? Well, not everyone is heartened by Paterson’s push to have out-of-state marriages recognized in New York.

Michael Long, chairman of the state’s Conservative Party, is outraged by his party’s inability to repress Paterson’s advance: “To do this in the dark of night, through the back door, to begin the process of destroying the sanctity of marriage, is really wrong.”

And Senate Republican Majority Leader Joe Bruno, who opposes gay marriage, questioned the directive’s constitutionality, saying they will challenge it in court if necessary. Bruno has a friendly relationship with Paterson (especially compared to his relationship with Spitzer), but he was apparently surprised by Paterson's decision to ask state agencies to recognize out-of-state same-sex marriages and emphasized, "The highest court here in New York State made it very clear that the only union that is legal in New York State, to perform a marriage ceremony is between a man and a woman."

The Times has the back story on Paterson’s accepting attitude toward homosexuality, which was cultivated during his childhood visits with Uncle Stanley and Uncle Ronald, two gay men in Harlem who would look after him when his parents went out of town. Paterson has been supportive of same-sex marriage throughout his career, and has said gay men and lesbians today face the same kind of civil rights battle that black Americans endured.

Wednesday’s directive was actually in the works before the California decision – Paterson began laying the groundwork in March after an appellate court in Rochester ordered a community college to provide health benefits to the wife of a woman who was married in Canada.

#gay marriage
#gay rights
#governor paterson
#same sex marriage
#state legislature
Do you know the scoop? Comment below or Send us a Tip
A new Gothamist is coming! We’ve moved comments over to our beta site. Click here to join the conversation and get a preview of our new website.