After years of development and various corruption allegations, today a casino complete with over 2,000 slot machines and 2,000 electronic game tables opened up at the Queens Aqueduct Racetrack. The Resorts World New York has a shuttle bus for eager gamblers (there's subway service to Aqueduct Racetrack Station only on race days, 11 a.m. to 7 p.m.). However, the crowd is so big that our reporter on the scene has been waiting there for nearly two hours for the bus and the NYPD just put out a "crowd control" for Rockaway Boulevard & 101 Street. What recession?!?! 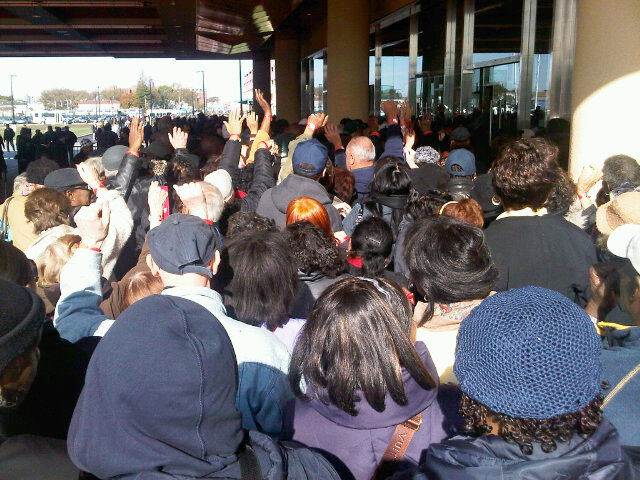 Until we get our report from Nicole Woszczyna (she's enduring the largest line ever to get onto a bus to play the Sex and the City slot machine), here are some tidbits: It's believed that over 1,300 jobs will be created, thanks to the opening of the casino, besides the construction work generated by the building. Local business people seem pretty excited—the Daily News spoke to a few. A barbershop owner said, "We can't wait till it opens. It's going to bring people here from other cities, people who didn't even know where we were on the map. People do have concerns, saying the casino may also bring drugs and prostitution, but I'm not sure that would even happen. For us it would mean more business," while a real estate broker thinks, "This casino will do for us what the other casino did for Yonkers. People know where Yonkers is now."

#Aqueduct Racetrack
#queens
#Queens Aqueduct
#racino
Do you know the scoop? Comment below or Send us a Tip