Futures Point to a Rally, But Investors are Wary 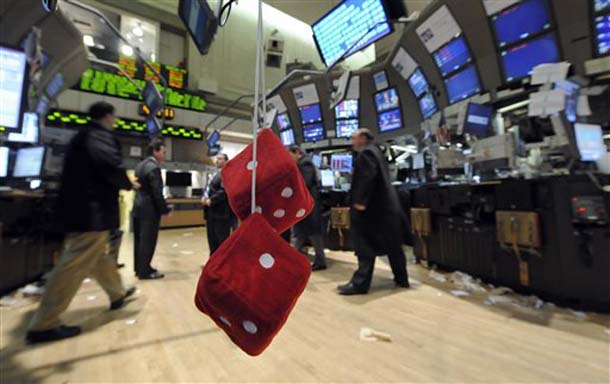 After yesterday's 5+% loss on Wall Street, Dow futures gained about 200 points, according to CNBC, but one trader said, "At best we might see a day or two of further rebounds, but as we've seen in the past after a big rally it always comes off, it's always met with skepticism... People are being spooked out of positions instead of thinking rationally."

Part of the rally is fueled by speculation that Citigroup "may sell part or all of itself". The banking giant has "lost half its value in just four days," the NY Times explained in an article that outlined how Citigroup is trying to deal with its problems and a little local color: "Within the bank’s Manhattan offices, television screens have stopped displaying the company’s stock price. Traders have begun making jokes comparing Citigroup to the Titanic."

In other news, Freddie Mac and Fannie Mae are suspending foreclosure sales and evictions for "certain properties" to try to keep people in their homes this holiday season. And some feel that Washington D.C. is paralyzed and worry about the next few weeks until the Obama administration is in power.

#citigroup
#economy
#rally
#wall street
Do you know the scoop? Comment below or Send us a Tip
A new Gothamist is coming! We’ve moved comments over to our beta site. Click here to join the conversation and get a preview of our new website.