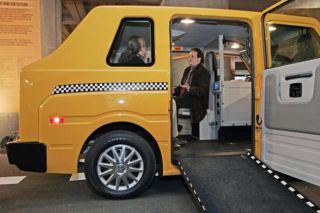 Last week we learned that all New York taxis will soon be held to higher fuel efficiency standards; starting next October new cabs must get at least 25 miles per gallon. But the cab changes don’t stop there – in addition to upcoming GPS and touch-screen video technology, the Taxi and Limousine Commission is considering selling an unlimited card for cab riders, which may feature “fare integration” with buses and subways. Over half the city’s 13,000+ cabs are equipped with credit card readers; the TLC expects all of them to take your plastic by spring ’08 – and Metrocards are being proposed as a next step.

The proposal is part of a 163 page report produced by the non-profit Design Trust for Public Space, in a partnership with the TLC. The study also suggests “ride-share fares” for commuters headed the same way; customers would get a 25% discount for sharing. Kick off your shoes and curl up with the whole PDF document – part of the report is dedicated to a comic book style “day in the life” of a cab driver. 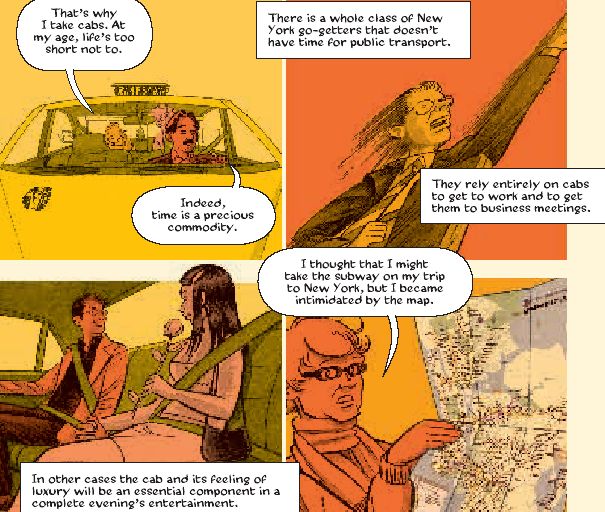 Other proposals from the Trust include:

The end of the report also includes some survey results, which reveal that while most people take cabs because they’re in a rush, a peculiar 4% do so because they “want some private time”! And at yesterday’s press conference announcing the report, TLC commissioner Matt Daus’s boast that taxis will “continue to improve for the next 100 years,” was met with derision by Jean Ryan of the Taxis for All wheelchair-accessibility campaign, who screamed “We can’t wait 100 more years! We can’t get a cab now!”

Peruse some slick graphics about New Yorkers' taxi proclivities and other fun facts that came to light during the study, after the jump. (Top photo of a demo “Standard” taxi by Michael DiVito on display last spring at the Javits Center.)

Here are just a few of the factoids the thorough Trust for Public Space report came up with: 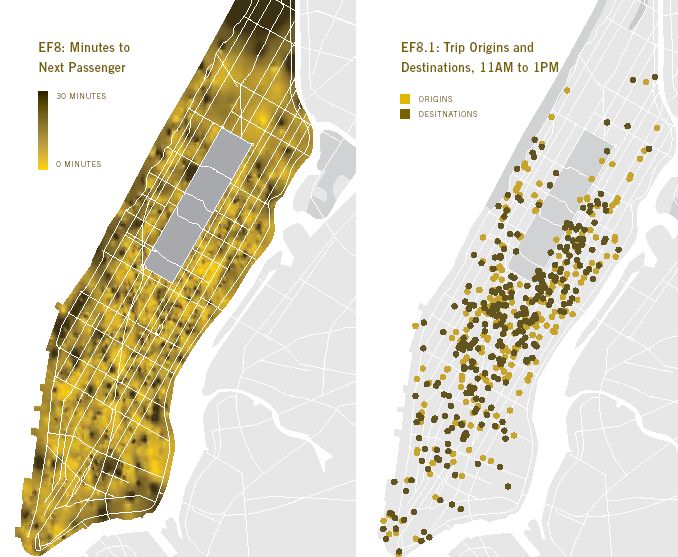 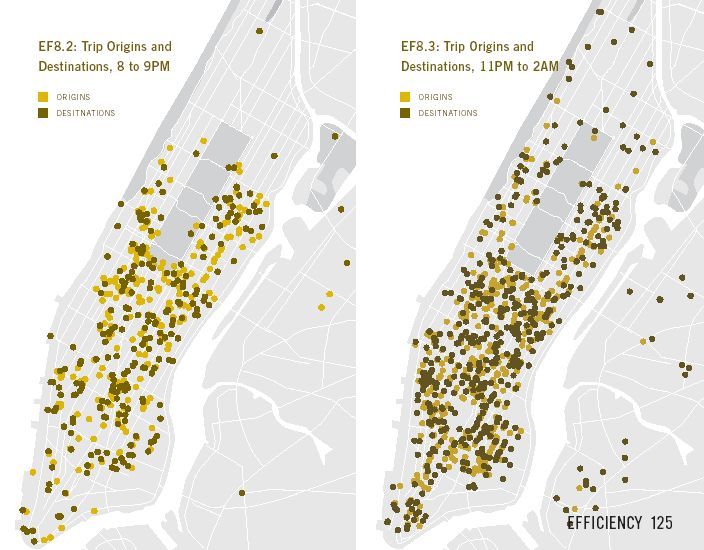 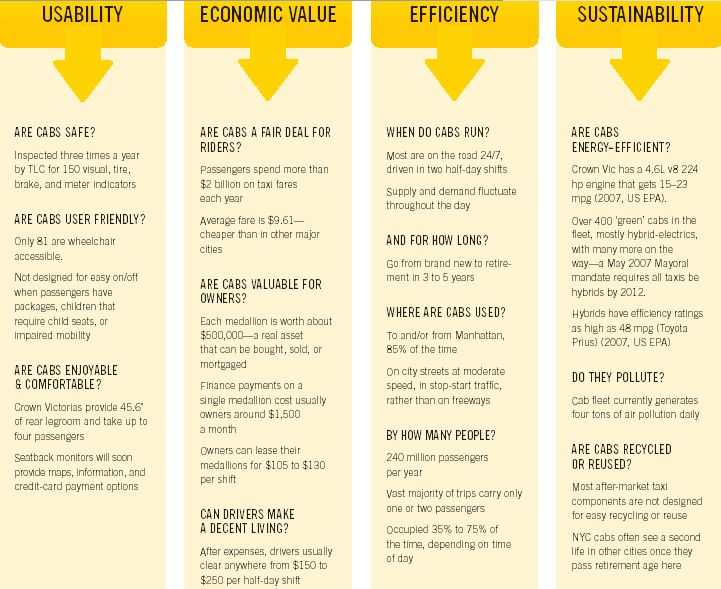 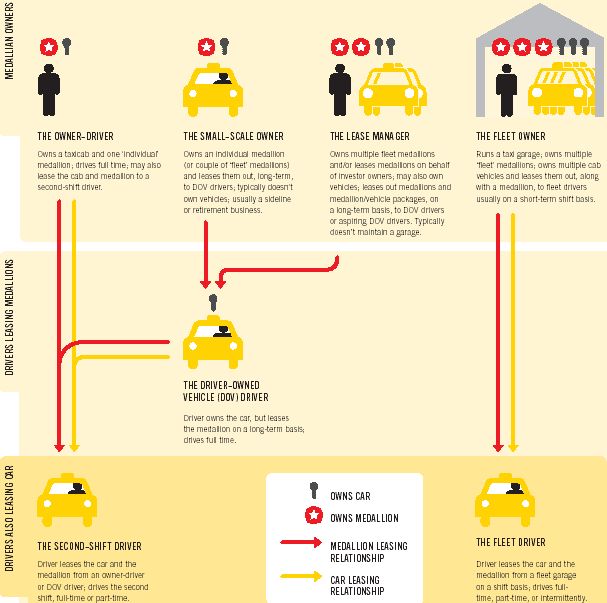 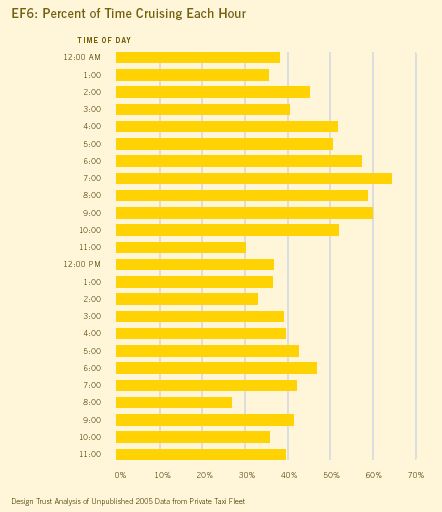 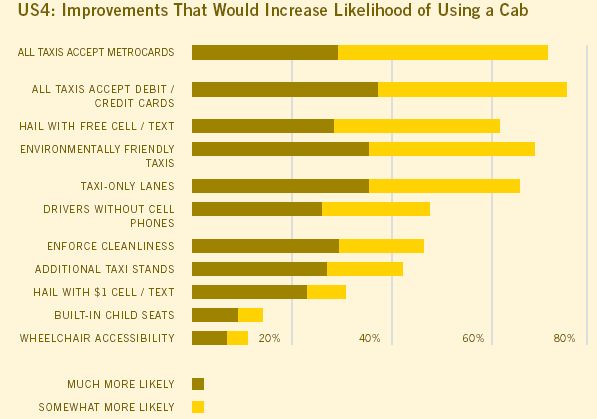 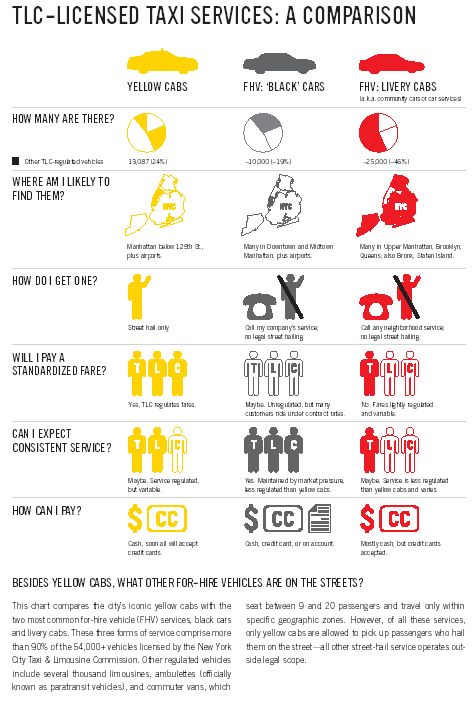