Dozens of guns were turned in at a NYPD gun buy back held in Brooklyn yesterday, including a Tec-9 semi-automatic that was fully loaded with hollow point bullets, which, the NYPD points out, "are designed to inflict maximum tissue damage, blood loss and shock in gunshot victims." The gun buy-back, held at First Baptist Church of Brownsville, also saw a 22 other semi-automatics, 31 revolvers, seven rifles and shotguns and 10 zip or starter guns surrendered. 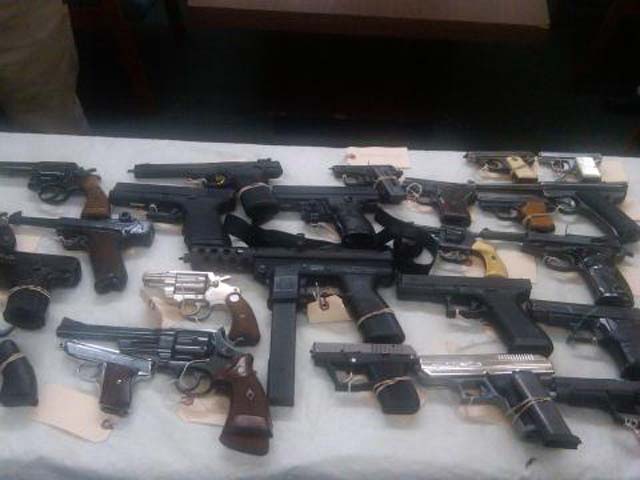 Police Commissioner Ray Kelly said, "A fully loaded assault weapon designed to destroy human life was removed from circulation, and thousands of others collected through the cash for guns program no longer have the potential to kill. That is one impact of the Brooklyn Clergy NYPD Task Force. I thank its leadership, Bishop A.D. Lyons and the First Baptist Church of Brownsville, and the Kings County District Attorney's office for their support."

According to the NYPD, nearly 7,000 firearms have been taken off the streets since 2008. Earlier this month, an Uzi was turned in at a Bronx gun buyback!