From Green Bay to Gang Green: Brett's A Jet 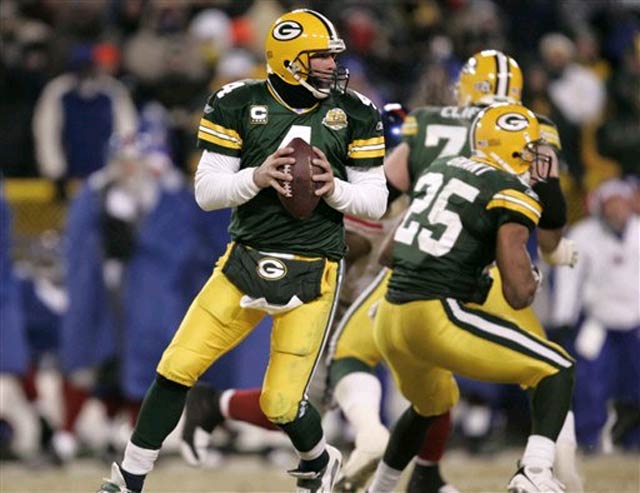 It was just over 30 years ago that a franchise, in the midst of a falling out with their star quarterback, traded him and brought an era to an end. It is amazing how similar that trade, where the Jets sent Joe Namath to the Rams, is to today’s announcement that Brett Favre is on his way to New York from Green Bay.

However, this trade is also very different. Namath was a shell of his former self, mostly living on his star power. Favre is coming off a season where he threw for 4,000 yards and 28 touchdowns while leading his team deep into the playoffs. New York is sending Green Bay a conditional draft pick, possibly a first rounder depending on how much Favre plays and how well the team does. To make room for Favre, the Jets are releasing Chad Pennington, a sad end to a good career in green.

Overall, this trade is about reversing karma and turning the team into playoff contenders. Favre brings his star power and still considerable abilities to New York and wipes away the stain of the Namath trade. Now, he just needs to deliver the one thing Jets’ fans everywhere have been waiting forty years to see again.