From Dept. of Health to Dept. of Corrections 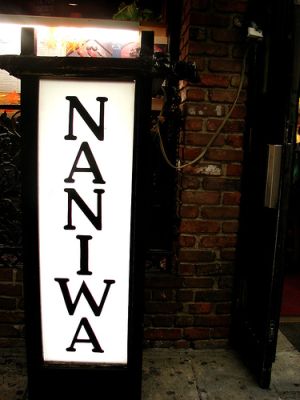 The New York Sun is reporting that the operator of the midtown Japanese restaurant Naniwa has been arrested for trying to bribe a city health inspector in order to avoid a summons. Kazuo Mitsuya allegedly tried to slip the inspector $200 to make the restaurant’s violations just go away. Presumably offended by the low sum offered, the inspector got on the horn with the Department of Investigations, who sent in an undercover officer posing as a health inspector and arrested Mitsuya when "Mr. Bribe" – wink, wink – appeared again.

We called Naniwa this afternoon; according to the hostess they are open for business. She insisted that she not heard about any arrests or the Sun article, but refused to put the owner on the phone because he was “making the food.” The scandal follows a recent smorgasbord of Department of Health restaurant closings, all part of the enduring legacy of Rat Rodeo ’07.

But really, two hundred lousy bucks? Considering how much a restaurant like Naniwa stands to lose in revenue and bad publicity from a DOH shutdown, the bribe seems laughably low. Then again, Naniwa promotes itself as an “authentic” Japanese restaurant; perhaps in Japanese culture modest bribes are a sign of respect?