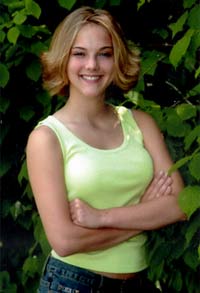 The family and friend of the Minnesota tourist who took a fatal plunge from a Midtown hotel this past weekend are saying her death is not a suicide. Twenty-one-year-old Jennifer Olson fell 60 feet from a fire escape at the Night Hotel and earlier reports suggested she jumped, but her friend, Timothy O'Neill, told the Daily News, "I don't believe it was suicide. I believe it was accidental. After drinking six or seven hours, people aren't thinking clearly."

O'Neill had won tickets to the Z100 Jingle Ball and invited Olson to travel to New York with him. While a witness told the Post yesterday that O'Neill seemed to be annoyed with Olson for talking with other men and that an argument started, prompting Olson to step onto the fire escape, O'Neill, described in the Daily News as her boyfriend, disputed that account. He said, "All evening we were laughing with the people at the bar about how we met. They said it must have been destiny. We were having a blast." O'Neill also blamed himself, saying, "If we had never went, this would have never happened."

Interestingly, the Star-Tribune reports that Olson's father didn't think Olson and O'Neill were dating. At any rate, her family doesn't bear any ill will towards O'Neill. Olson's sister told the Daily News that Olson "suffered from depression and was on anti-anxiety medication" - and that her sister's anxiety got worse while drinking: "When she had an anxiety attack, she felt like she was losing control of things. But I never thought this would happen."

And the family is trying to get Olson's body released from the city's medical examiner for a funeral.