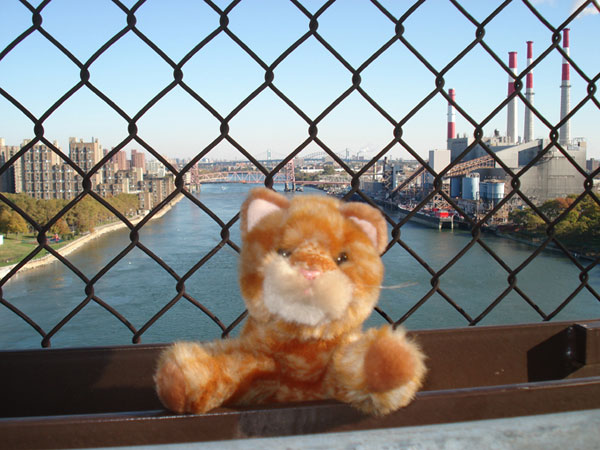 A woman who used to volunteer at the BARC cat loft has a great tale of a kitten she met on the Queensboro Bridge one morning while running. His name is Jeff Bridges. 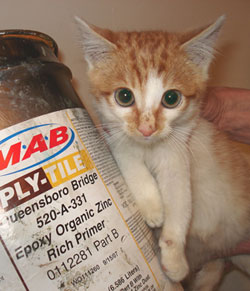 Jeff Bridges is the kitten I found while I was running over the Queensboro Bridge Thursday morning. How the hell he got on the pedestrian walkway of the bridge–a long, long fall on the right, eight lanes of traffic on the left and non-stop on-ramps at either end is anyone's guess. But there he was, scampering toward Manhattan with no intention of letting himself be caught. Pretty much all the other options besides somebody grabbing him were certain death, so I went after him.

After trapping him in an old paint bucket covered with a piece of plywood (from nearby construction workers), the kitten (which it turns out isn't feral) was taken in by his rescuer. After checking out the full photo set we're pretty sure you'll want to adopt him (we do!) -- so go here for more info on how to do so. Whoever ends up with Jeff Bridges, we really hope they keep the name.